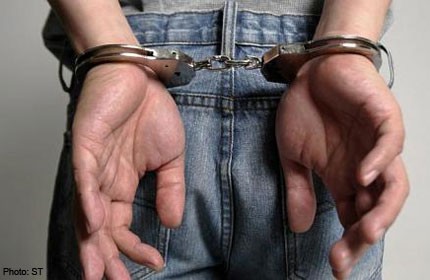 KUALA LUMPUR - The self-proclaimed "King and Queen" who tried to enter Istana Negara to seize the throne are now behind bars, while their "princess" has been sent to a juvenile detention centre.

They were among a group of 10 people arrested by police early on Monday morning after their failed attempt to enter the palace grounds in Jalan Duta.

City CID chief Senior Asst Comm Datuk Ku Chin Wah said investigations revealed that a 40-year-old man who claimed to be the "rightful Yang di-Pertuan Agong" was the leader of the cult.

"We have remanded all of them to help with further investigations and the adults are being held at the Travers police station lock-up," he told a press conference at the City police headquarters yesterday.

Asked who the other seven arrested were, SAC Ku only said they held various positions in the cult.

He added that some documents seized from the suspects' vehicles originated from the Philippines.

"We are also liaising with Kedah police on the possibility that the group had tried to claim Istana Kedah a few months ago," he said.

SAC Ku said the case was being investigated under Section 121B of the Penal Code for intending to depose the King and Section 9(5) of the Peaceful Assembly Act 2012 for failing to give notice of assembly to the police.

On Monday, a group of 10 people tried to enter Istana Negara in Jalan Duta, armed with flags and self-produced documents declaring their leader as the "true heir" to the throne.

They were part of a cult known as the Kumpulan Panji Hitam dari Timur Empayar Langkasuka Nusan­tara.

Dressed in black, they gathered in front of the main entrance of the palace at about 4.10am and were arrested by police shortly after.

Investigations revealed that the group came to the palace to "replace" the Yang di-Pertuan Agong with their leader. In one of the documents, one of the men claimed to be Tuanku Sultan Raja Merong­maha­wangsa II @ Sultan Kedah Asli @ Yang di-Pertuan Agong Malaysia Asli @ Raja Nusantara @ Raja Utusan Allah Akhiruzaman Fasa I and Pewaris Sah Empayar Langka­suka Panji Hitam dari Timur.

The leader had also called for the formation of a three-million strong army of people aged between 16 and 30 to "set the stage for the return of AlMahdi".

Imam Mahdi is the prophesied Muslim leader who will come just before the end of the world.

In Alor Setar, Kedah police chief Deputy Comm Datuk Ahmad Ibrahim said there was no evidence of any such group operating in the state.

"So far, we have not found any lead that the group originated from Kedah or were based here.

"However, the group did try to enter Istana Anak Bukit (last year) but failed," he said yesterday.