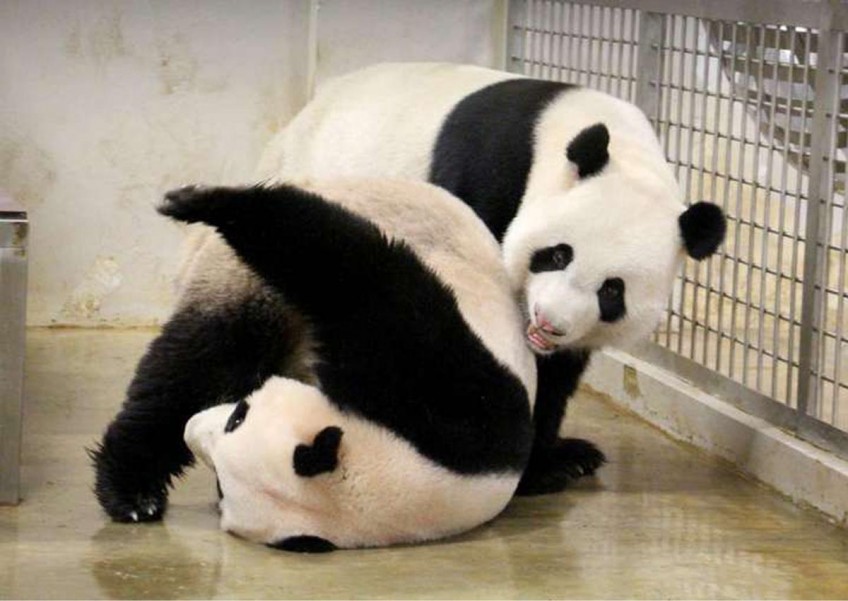 This will be the giant pandas' third attempt at natural mating. Their previous attempts in 2015 and 2016 proved fruitless, while attempts at artificial insemination also failed.

But the pandas are not the only ones working hard this mating season, which typically occurs from March to May.

Keepers at the River Safari have also finetuned their techniques to stimulate the pandas' mating instincts, said the Wildlife Reserves of Singapore (WRS).

These methods include moving the pandas - which were housed separately - into each others exhibits last November, to stimulate hormonal changes when the pandas smell the scent of the opposite gender. Previously, the move was done two months later, in January to prepare the pandas for mating.

The temperature and daylight hours at the 1,500 sq m park - specially designed to resemble the natural habitat of the pandas in Sichuan, China - have also been adjusted to replicate the seasonal transition from winter to spring in their homeland and trigger the breeding cycle of the pair.

During an annual check-up - which included collecting urine samples, dental and eye checks, as well as x-rays of female Jia Jia's abdomen - veterinarians also gave both pandas a clean bill of health.

While the pandas will be courting in full view of visitors to the park, the actual deed will be done behind closed doors.

Once Jia Jia's oestrogen level drops, the giant pandas will be taken out of their respective exhibits for three days to allow natural mating in the dens, said WRS.

However, should this attempt prove unsuccessful, veterinarians have again collected Kai Kai's semen via electro-ejaculation for artificial insemination to increase the chances of breeding the pandas.