Parents may get carrot to join kids in newer towns 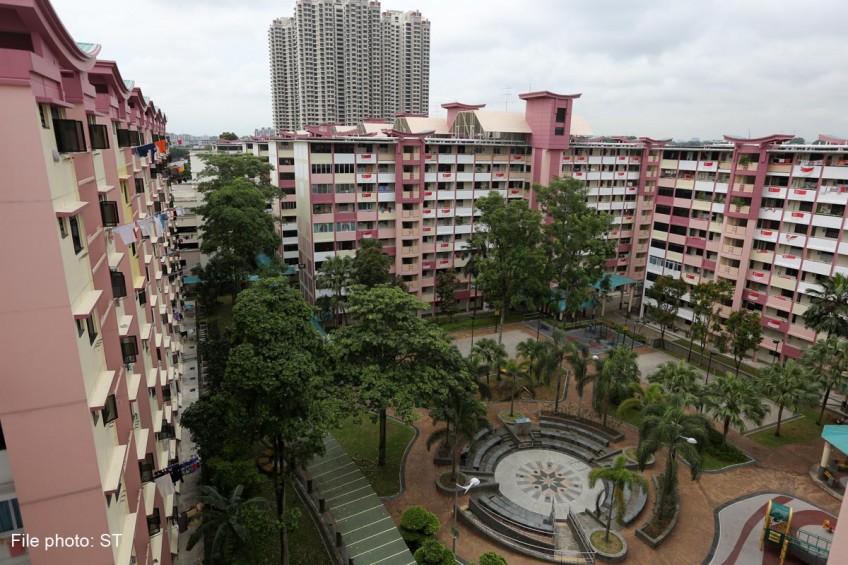 The Housing Board has designated 31 blocks in Tanglin Halt, a historic precinct in Queenstown, for its Selective En-bloc Redevelopment Scheme.

PARENTS may receive incentives to join their children in newer towns, in a bid to free up Housing Board flats in mature estates.

This would allow children who wish to join their parents in mature estates to have better chances of buying the freed-up flats, said National Development Minister Khaw Boon Wan.

It was heartwarming to see many families still wanting to live near each other, he added at a Tuesday night dialogue on housing issues.

More than half of young married couples here live with, or near, their parents, based on the latest survey commissioned by the Ministry of National Development which reached out to about 2,000 Singaporeans.

This proportion could grow, as eight in 10 young unmarried Singaporeans said they plan to live with or be close to their parents after marriage.

And the authorities want to help them, especially those who wish to live near each other in non-mature estates, said Mr Khaw.

"But for mature estates, it's a real problem for the simple reason that I just do not have the land available... What this means is that many will have to depend on resale flats," he said.

So if parents are prepared to leave their comfortable surroundings in a mature estate, "we should try to facilitate and perhaps even reward them for moving out, because that opens up opportunities for children of parents in mature estates who want to stay on."

He said his ministry will see how this can be made a practical and fair policy.

To further aid family bonding, more three-generation flats will also be built in mature estates, he pledged. Such flats, introduced last September to encourage multiple generations to live under one roof, are larger than a five-room unit.

The Government will also look to the Selective En bloc Redevelopment Scheme (Sers) to free up space in mature estates, said Mr Khaw.

Under this scheme, which aims to renew older public-housing estates, old flats are demolished and residents given the choice of moving to new flats elsewhere.

He pointed to some 3,400 flats in Queenstown that were recently slated for redevelopment.

"The footprint is large enough to build more than the flats that have to give way," he said, adding that many old flats are low-rise and a "poor use of land".

"This means we will have a surplus of a few thousand units, which will open up opportunities for children or parents to move in," he added.

Research analyst Sharon Woo, 27, who attended the Tuesday discussion, said the moves for parents to leave mature estates are welcome but not likely to be taken up by many.

Her parents, for example, live in Bishan and she did not think they would move out to join her and her fiance in Punggol when their flat is ready.

"There's a preference for mature estates, and the incentives will change only the minds of those on the fence," she said.