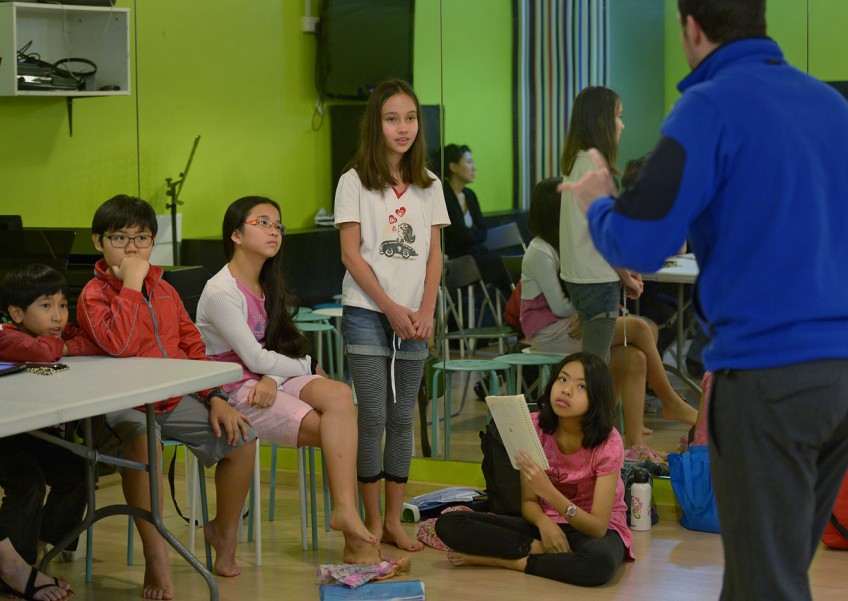 Children hoping to enter the School of the Arts (Sota) at a preparatory camp at the Kids Performing Academy of the Arts on June 6, 2014. Sota is one of the schools here that accepts students via the direct school admissions (DSA) route.
The Straits Times

Parents largely welcomed the tweaks to the Direct School Admission (DSA) scheme, seen by many as a backdoor to popular schools, to focus on specific talents, instead of general academic ability.

But some believe that parents will still find a way to game the system.

The scheme was introduced in 2004 to recognise pupils' diverse talents and help them get a place in the secondary schools of their choice even before the Primary School Leaving Examination.

But it has also been criticised for starting a rat race among pupils to get into top schools, especially those offering the Integrated Programme (IP), which allows students to bypass the O levels.

Some parents, for example, engage coaches and send their children to special classes to prepare them for the DSA route.

The tweaks, announced by Education Minister (Schools) Ng Chee Meng at his ministry's budget debate on Tuesday, came after a review of the DSA.

With the changes, pupils whose talents lie beyond book smarts will face a more level playing field in getting into their desired secondary schools.

In particular, schools will discontinue the use of general academic ability tests to assess DSA applicants by next year.

Schools will instead focus on identifying pupils with talents in specific domains.

They can use a range of assessment tools, such as interviews and auditions, to admit pupils under the DSA.

Housewife Joanne Ang, 40, who has two children aged nine and 11, is planning for them to enter secondary school under the DSA for sports.

She believes the changes are the right step forward, but parents may now look at getting their kids to specialise in sports, for instance, to raise their DSA chances.

"Parents may be more competitive and force their kids to take up various sports or arts just to get into some good schools," she added.

"They will still find ways to game the system."

Mr Eric Tan, who is self-employed, feels that the changes are a good reminder for parents to allow their children to pursue their interests, instead of chasing a place in a top school.

The 39-year-old, who has a son in primary school, said parents will be more encouraged to look beyond academics.

"It is also important to nurture our kids' interests beyond books," he added.

Mrs Adeline Wong, who has two primary school-going children, is pleased that the Education Ministry is taking steps to stop parents from "abusing" the DSA.

"Every child is unique and may have talents waiting to be nurtured," the 41-year-old said.

She added that pupils will also be "more motivated to do well in school" when they are encouraged to chase their passions.