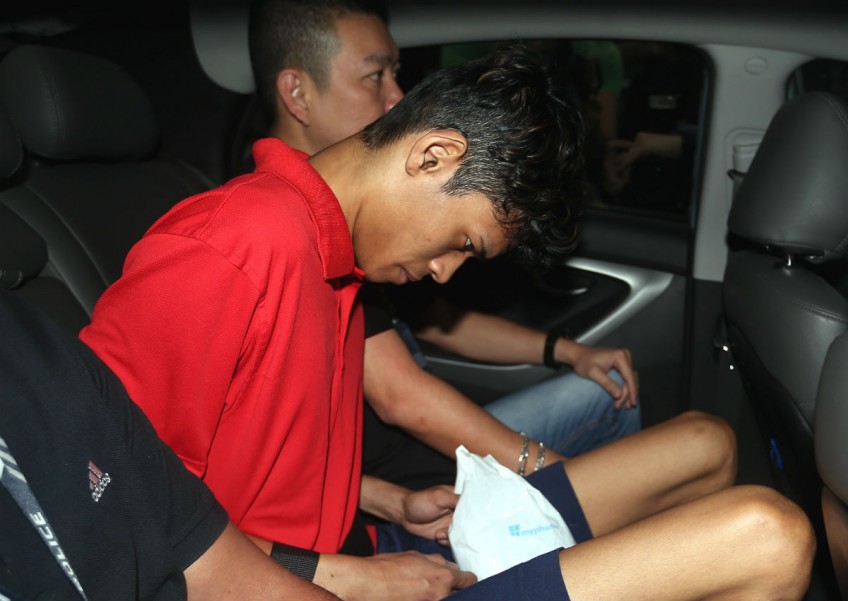 Shawalludin Sa’adon was arrested on Saturday night.
The Straits Times

A part-time waiter has been charged with the murder of the man who was found near St James Power Station with stab wounds on Sunday.

Shawalludin Sa'adon, 26, who works at Postbar, is accused of killing Mr Satheesh Kumar Manogaran, 35, at the Sentosa Gateway entertainment venue between 5.45am and 6am that day. According to court documents, three other men were also allegedly involved in the murder.

Shawalludin stood expressionless in the dock as the murder charge was read out to him.

They later established the identities of the three other accused men and nabbed them on Monday. The four are aged between 20 and 28.

Preliminary police investigations showed the attack took place following a dispute between Mr Satheesh and a staff member at Postbar, whose identity was not disclosed in court documents and the police statement.

Shawalludin is now remanded at the Central Police Division and will be back in court on March 21.

If convicted of murder, he faces the death penalty.