Singapore Civil Defence Force officers were called to Block 201E Tampines Street 23 yesterday (Aug 14) at 9pm to rescue a baby who had been locked in a car.

In a video posted by Facebook user Fizah Jamal, SCDF officers can be seen examining the car before the father of the five-month-old baby boy arrived to unlock the car and carry him out.

Several people had gathered near the scene to see what was happening.

A woman walked up to the man and could be heard scolding him for leaving his baby locked in the car.

She told him that the baby had been screaming and asked him, "How can you do that?"

"I have a baby the same age. I have heard of so many cases of babies dying inside the car.

"You left the baby inside for 20 minutes."

"We happened to pass by. How can you leave the baby like that?"

Leaving children or pets unattended in cars can be dangerous as it puts them at risk of suffocation or heat stroke.

Fiza also chided the parents in her post saying that they deserved the scolding from the woman.

In response to Stomp media queries, an SCDF spokesman said that they received a call for assistance at around 9pm and dispatched one ambulance, one fire bike and one Red Rhino to the scene.

SCDF paramedics assessed the five-month-old boy who was unhurt. 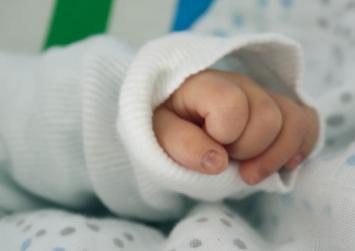