Passers-by help injured motorcyclist, including one who covered man's wound with his clothes 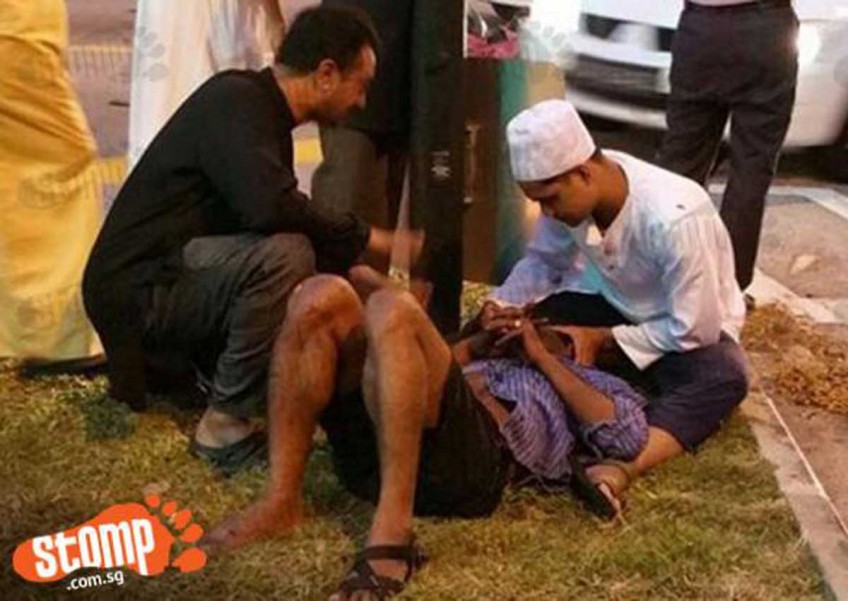 SINGAPORE - A motorcyclist was injured in an accident between a motorcycle and a car at Empress Road at around 6am on Saturday (July 2), reported Stomp.

Many passers-by reportedly came to help the motorcyclist who had injuries to his forehead.

According to reader Nana who witnessed the incident, an off-day SCDF officer, who was wearing a white shirt and sarong, came to the injured man's assistance.

The SCDF officer took some parts of his sarong and covered the man's wound when he saw that there was a cut on his head.

Apparently, the rider was in a daze and didn't seem aware of his injuries.

"He thought that his condition was ok, but it was not," said reader who wrote into the citizen journalism website about the incident.

The ambulance arrived about 18 minutes later, according to Nana.

Commending the off-duty SCDF officer's effort to help, the reader wrote: "He did a great job."