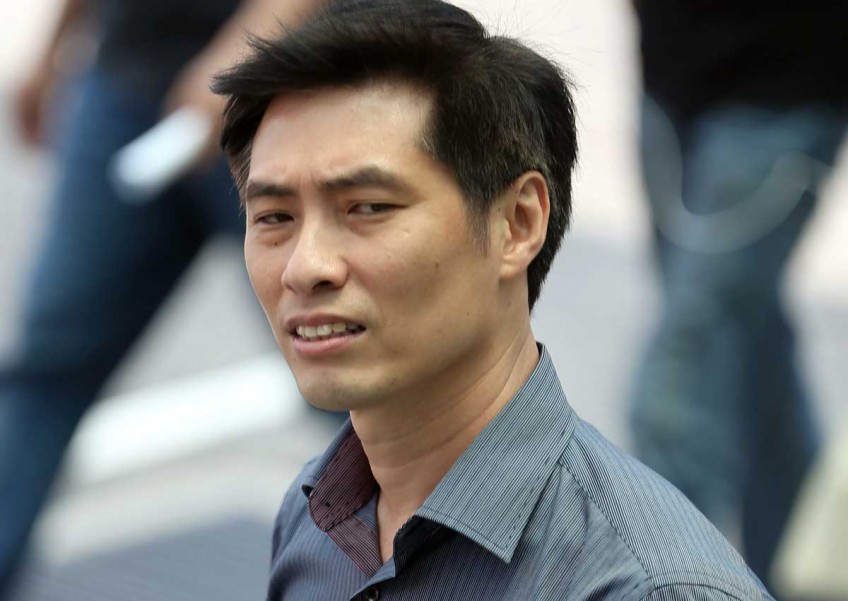 Cheo was fierce and aggressive’ towards the victim, and repeatedly goaded him to throw the first punch, the judge said.
The Straits Times

A church pastor who challenged a businessman to a fight, then slammed a van door on him in a road rage incident, was sentenced to two weeks' jail on Thursday.

After a six-day trial, he was found guilty of causing hurt to Mr Tay on the Pan-Island Expressway (PIE) near Paya Lebar flyover on Jan 13 last year.

Mr Tay had testified that Cheo, who was driving a black Alfa Romeo, had signalled for him to stop his Renault Kangoo.

After they had pulled over, Cheo walked aggressively towards him, pointed his finger at his nose, and called him derogatory names like "chao ah kua" and "chao ah beng".

Cheo then challenged Mr Tay to hit him.

When Mr Tay tried to get back in the driver's seat, Cheo closed the door on him, then grabbed his hand and pulled him out.

Cheo again challenged him to a fight.

Mr Tay had said that he had earlier been driving behind Cheo, who was slowing down and accelerating intermittently.

When he saw the car's front seat passenger taking photographs of his van, he also told his employee to do the same.

In his 39-page judgment, District Judge Shawn Ho said both parties were like "chalk and cheese" - the pastor being "polished and glib" and Mr Tay "sincere, straightforward and artless".

He accepted Mr Tay's account and said his testimony was "credible and cogent". He rejected Cheo's defence that the victim had falsely implicated him.

The judge said Cheo was "fierce and aggressive'' towards the victim, and repeatedly goaded him to throw the first punch.

Mr Tay had told Cheo that he was already 60 years old, a senior citizen, and that "fight is not allowed in Singapore".

The judge said: "Frustrated that the victim did not rise to the bait and was in fact entering his van to leave the scene, the bellicose accused slammed the van door against the victim, and then directed the victim to the back of the van.''

He found that the prosecution had proven its case against Cheo beyond reasonable doubt.

"There is a pressing need to deter hooliganism on the road," he said.

He argued that Cheo lacked remorse as he had not only accused the victim of making up the injury, but also lied to the doctor, the police and the court.

Cheo's lawyer Adrian Wee urged the court to impose a high fine. He said the injuries caused, if at all, were "extremely minor", and there was no clinical sign of any injury save for the victim reporting pain.

He said the defence's case had always been that Cheo closed the door, but he did not intend to hurt Mr Tay.

Mr Wee said Cheo's conviction would "effectively end his present career", adding: "That is a price that he will have to pay."

About 20 supporters turned up in court to support Cheo for the verdict on Thursday.

Cheo, who could have been jailed for up to two years and/or fined up to $5,000, was allowed to defer sentence until July 14 to attend to his affairs and those of the church.