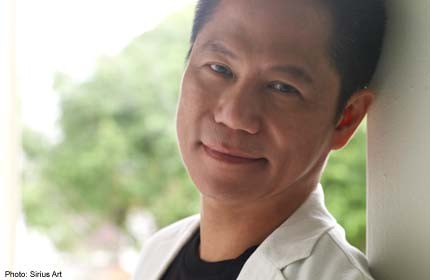 SINGAPORE - He's a pastor, owns horses and sometimes performs as a magician.

But Mr Lawrence Khong, 61, has yet to conjure up the skills to make controversies disappear.

On Tuesday, it emerged that the 10,000-strong Faith Community Baptist Church (FCBC), of which Mr Khong is the senior pastor, had to compensate a former staffer after sacking her when she was found pregnant with the child of another church employee.

Earlier this year Mr Khong campaigned against a gay couple's attempt at a constitutional challenge to S377A of the Penal Code.

Now, The New Paper has learnt that Mr Khong, a former national polo player, was recently suspended by the Singapore Polo Club (SPC) where he is the honorary secretary.

Mr Khong, who is also the chairman of the board of directors of Touch Community Services, had his rights and privileges as a member of the SPC suspended for two months with effect from Aug 7.

He is represented by his lawyers, Mr Daniel Goh and Mr Adrian Wee of Characterist LLC. The Singapore Polo Club has 1,600 members.

The pastor owns four ponies which are stabled at the SPC. In a copy of the suspension notice included in Mr Khong's affidavit, it was stated that during the period of suspension, Mr Khong will be allowed to keep his horses stabled at the club.

But Mr Khong will not have the right of access to the club nor the right to the services of a personal professional polo player.

Mr Khong has had a long relationship with the SPC. He served on the club's committee for five years in the 1990s as vice-president, honorary secretary, polo captain and a riding convenor.

He had also helped Singapore win a silver medal in polo in the 2007 SEA Games in Bangkok.

In his affidavit, Mr Khong said he is one of the charter playing polo members of the club, which is the only place to play polo in Singapore.

The SPC suspension is the latest controversy to hit the pastor.

The Straits Times reported on Tuesday that the Government ordered FCBC to compensate a church worker who was fired last September when found pregnant because of her alleged adulterous relationship.

While the church has agreed to compensate the woman, Mr Khong said it will not concede that the dismissal was unjust.

He said doing so would mean condoning adultery and it would weaken the church's moral and spiritual authority.

Mr Khong founded the FCBC in 1986 and set up Touch Community Services for the needy in 1992.

He made the news in January when he read out a prepared statement, expressing concern about homosexuality, to Emeritus Senior Minister Goh Chok Tong during a walkabout in Marine Parade.

As the chairman of LoveSingapore, an informal network of about 100 churches, Mr Khong requested a dialogue with Law Minister K. Shanmugam, and met him in February to discuss views on the gay community.

Mr Khong is also a well-known magician and the chief executive officer of production company Gateway Entertainment, which he started in 2000.

He is also the first person in Asia to receive the Elite Diamond Merlin Award in the Magician of the Year category from the International Magicians Society in 2010.

THE other member suspended by the Singapore Polo Club (SPC) is Dr Ali Namazie, a theoretical physicist by profession.

He had been elected in March as polo captain of the SPC.

He filed an originating summons against the SPC at the High Court on Friday.

The New Paper understands that Dr Namazie, who has been an SPC member for 15 years, was suspended by the club around June this year.

The duration of his suspension is 1½ years.

Dr Namazie was the honorary secretary as well as the grounds and facilities convenor of the club two years ago.