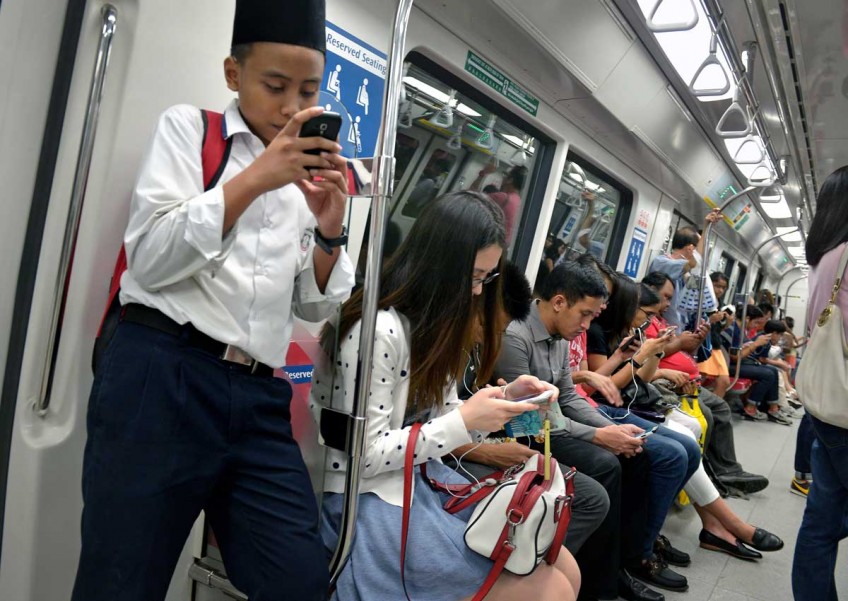 Commuters using their smartphones and mobile devices while travelling on the MRT.
The Straits Times

Slightly over half a day - that is how much time people in Singapore spend daily on gadgets such as mobile phones, tablets, computers, television sets and video game consoles.

People here clock 12hr 42min a day on average on these devices, according to a recent survey.

This is less than Malaysia's 13hr 42min, but more than the 10hr 24min for Australia and 8hr 48min for New Zealand.

Read also: Hypertension on the rise in kids due to high-salt diet, frequent gadget use

The large amount of time spent on gadgets appears to have a number of benefits. Six in 10 Singapore consumers said their smartphones and tablets have had a positive impact on their social lives and work productivity.

Slightly more than one in two said using these mobile gadgets gave them a boost in happiness.

However, nearly three in 10 said such mobile devices negatively affected their sleep.