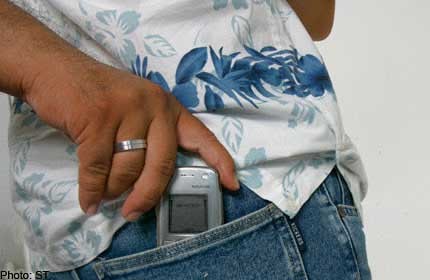 GEORGE TOWN - Police believe a syndicate comprising foreigners is on the prowl, stealing cash and valuables from bus passengers.

An Indian national and an Indonesian are the latest victims, losing cash totalling RM10,800 within a span of 30 minutes in Pulau Tikus and Chulia Street on Tuesday.

Police have since detained a 39-year-old man, believed to be a Filipino, who stole five million rupiah (RM1,500) from the Indonesian retiree on a bus in Jalan Kelawei, Pulau Tikus.

The victim, who was about to alight from the bus at about 1.30pm, said the suspect and another man held on to his legs before one of them stole the money from his pocket.

The 61-year-old then tailed the fleeing suspects on foot before he managed to overpower one of them with the help of passers-by.

In the second incident, the 37-year-old tourist from Chennai was robbed of RM9,300 at a bus station in Chulia Street. He was waiting to board a bus with his family members at 2pm.

He only realised he had been robbed a few minutes after a couple "accidentally" stepped on his shoes and the man bent down on the pretext of helping to clean them.