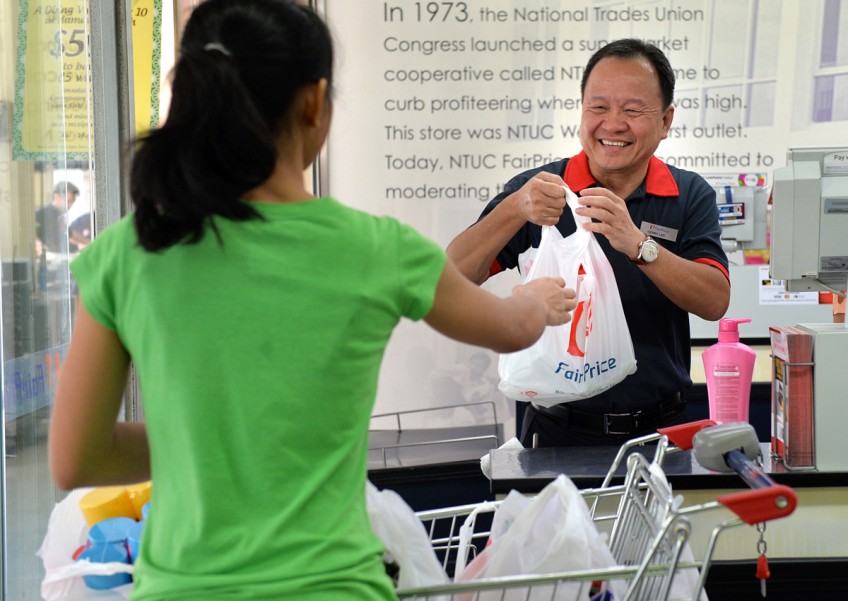 On Pioneer Mondays, Pioneer generation Singaporeans enjoy 3 per cent discount - capped at $200 worth of purchases - at NTUC FairPrice supermarkets, and there are queues specially marked for them at all stores. They get 12 per cent off purchases at Foodfare foodcourts and coffee shops, and there are seats marked for them in the premises. The pioneers also get 6.5 per cent discount at Unity pharmacies on Mondays.

NTUC Social Enterprises said that pioneers here have saved $4.1 million in total since the discounts were offered.

NTUC secretary-general Chan Chun Sing said in a statement today: "We hope (Singapore pioneers) felt our appreciation and know that they remain important members of our community. Through 'Pioneers OK!', we want to thank our pioneer generation who had built Singapore up to what it is today."

NTUC Social Enterprises also said that its "Big Value Bag: Made for Singapore" campaign from July to December last year helped Singaporeans save about $23.4 million.

See also: NTUC rolls out discounts and perks for pioneers