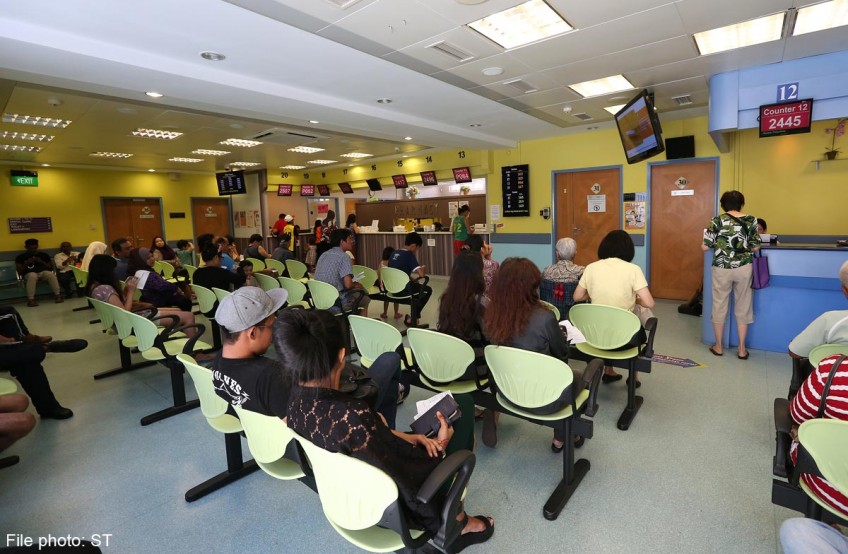 THE National Healthcare Group (NHG) announced plans to ease the strain on Singapore's hospitals yesterday, by forging partnerships with doctors and polyclinics in a push towards a more sustainable and relationship-based health-care model.

It has already set up the successful "frequent admitters" programme, which helps elderly patients who are hospitalised at least three times a year.

The group - made up of Tan Tock Seng Hospital, the Institute of Mental Health and polyclinics in mature estates - plans to roll out this and other programmes that will integrate patient care across the primary acute and community care sectors.

Announcing the 10-year strategy, the NHG's deputy group chief executive, Professor Philip Choo, said the existing health-care model is not sustainable as it relies too heavily on hospitals.

Unless a more holistic model with stronger primary care is adopted, "we have to continue to build hospitals every two to three years, indefinitely", he said. "There's no way any country in the world can afford to do that."

It is also hoped that the strategy will lower health-care costs in the long run. The frequent admitters programme, started in April, is targeted at the demographic imposing the largest cost burden on hospitals. Every year, NHG sees 2,000 patients - often those who are elderly, frail and have several illnesses - admitted to hospital at least three times. As Singapore's population is growing older, this number is not expected to decrease.

In an effort to stem the tide, the frequent admitters programme groups 160 patients together according to similar needs, with each group managed by a multi- disciplinary team. This is made up of doctors, pharmacists, dieticians, social workers and case managers.

Instead of calling an ambulance over a minor health scare, care managers are the patients' go-to person in an emergency.

The frequent admitters programme is an extension of an initiative piloted by NHG two years ago, which enrolled 150 patients who were hospitalised more than five times a year.

This saw visits to the emergency room fall by 33 per cent and hospital admissions by 35 per cent.

Ms Rajakalzum Som, 51, who suffers from gout and chest pains, is enrolled in the frequent admitters programme.

"So far it's okay," she said. "The doctors and nurses are very friendly, very nice and very kind."

The NHG's 10-year plan was announced ahead of Singapore's first Population Health Symposium, which will be held this weekend as part of the annual Singapore Health and Biomedical Congress.