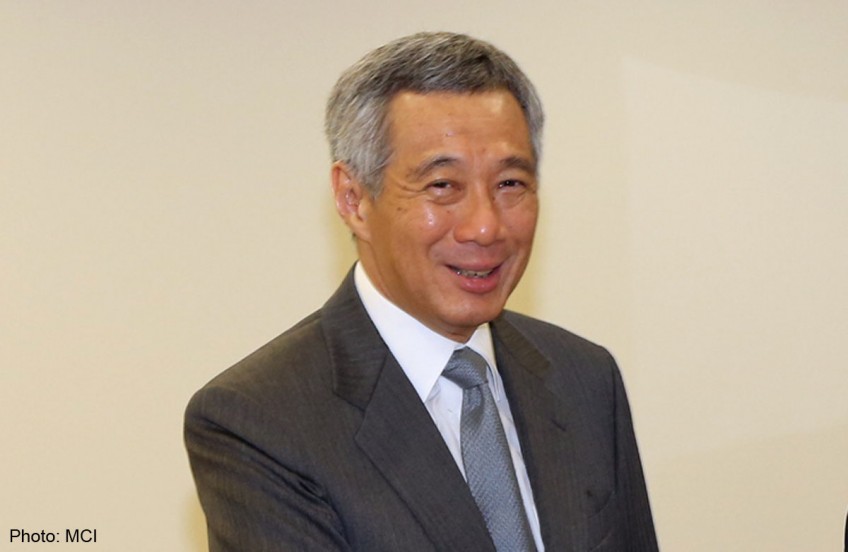 SINGAPORE - Singapore has come a long way in the last 50 years and has "a lot of roads to go still", said Prime Minister Lee Hsien Loong late on Wednesday night.

He was ushering in the year of Singapore's 50th anniversary of independence with over 12,000 constituents from his Ang Mo Kio GRC and neighbouring Sengkang West.

Mr Lee and fellow MPs were at Bishan-Ang Mo Kio Park, one of three satellite locations linked up to the main countdown party at Marina Bay.

He said that even as the nation celebrates, "we also remember sad things which have happened in the year, particularly the recent AirAsia accident and the victims and their families".

"But we look forward and we aim to make Singapore better. Let's work together. Let's overcome the challenges and make sure in 50 years' time, we have a really special SG100," he said.

Festivities at the park began at 8pm with a mini amusement park, booths for activities like belly dancing and gardening, and live performances.

Mr Lee arrived at the park shortly after 10pm, with residents surging forward to get photos of him on their phones.

He then penned his wishes for Singapore's 50th year of independence - "Happiness, prosperity, and progress" - on a small clay tablet that was later displayed on stage alongside residents' wishes.

The tablets will become part of an art installation, Mr Lee later said in a Facebook post.

He also walked about the park to greet residents and visit booths, and stopped at a Portraits of the People booth where he sketched a self-portrait.

The National Gallery Singapore, which is set to open this year, is inviting people to submit such self-portraits for a larger collage that will be etched into panels and displayed at a linkway to the gallery.

Mr Lee also hopped on a cycling simulator at a booth explaining the push to make Ang Mo Kio a town that is more conducive for pedestrians and cyclists.

Close to midnight, he said he hoped this year would be a better one, adding that it would be time to rejoice, and "commit ourselves to continue to build Singapore to make it better to tackle challenges", before joining revellers around the island in a rendition of the song, Home.

Over at Marina Bay, more than 300,000 revellers, one of the biggest crowds to date, gathered to usher in Singapore's golden jubilee. Friends and families settled in as early as 5pm to secure the best spots to catch the fireworks, bringing with them mats, food and entertainment to last them through the night.