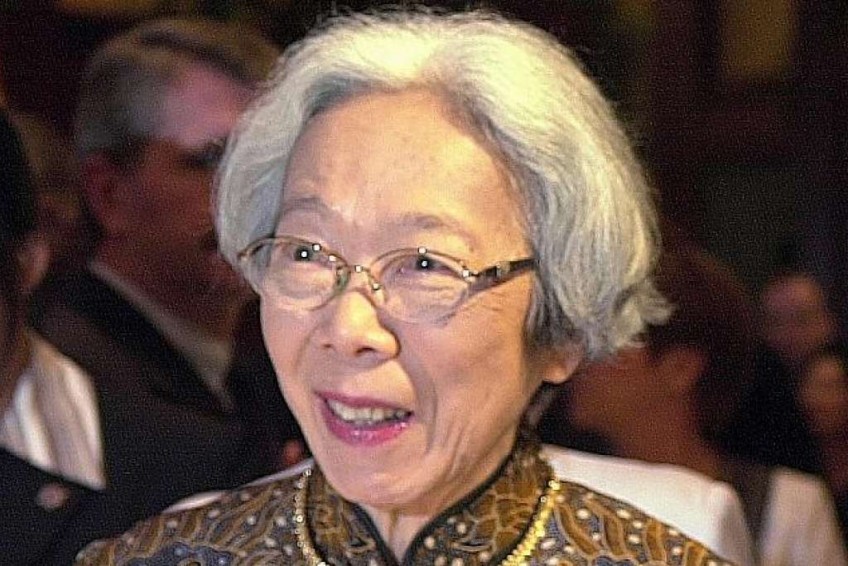 But while she had one eye on developing talent, she also recognised the importance of work-life balance, even in the early 1980s.

She paid special attention to the female lawyers in her firm.

"In the early 1980s, when a 51/2-day work week was the norm, she declared a five-day week for all married female lawyers in her firm," he said, adding that Madam Kwa believed a happy family was a priority for all working mothers.

Mr Lee shared these anecdotes about his mother in his speech at the official opening of the Singapore Management University's new law school building, which features a dome-shaped law library named in her memory.

Mr Lee also said Madam Kwa kept a small personal library in her office that included a "dog-eared green hardcover book brought back from her student days in Cambridge".

The book, Law Property In Land by Henry Gibson Rivington, was her "constant companion", and on her desk was a copy of the Estate Duty Act for advising clients in structuring trusts and wills.

To keep abreast of new legislation at a time when statutes were not yet available online, she had a complete set of all the ordinances, which she physically updated.

"She flagged the relevant pages with bookmarks that she made herself, out of old Christmas cards, because these were ancient times, even before Post-its and sticky notes existed," Mr Lee said.

When amendments were passed, the Bills would arrive by mail and she would "literally cut and paste them into her set", he said.

Given her dedication to her profession, Mr Lee said his mother would have been proud to have a law library named after her.

Adding that he first saw the completed law library on a walk at Fort Canning Park one night, he said: "The lighted dome glowed like a jewel in the dark - the architects have done a brilliant job."