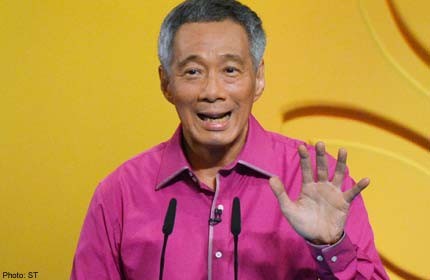 His National Day Rally speech was pointedly a clarion call to help Singaporeans achieve a better quality of life. It also demonstrated a sincere willingness on the Government's part to work together with the people to establish a harmonious relationship between the individual, the community and the State.

People often feel that the Government is oblivious to the real problems they face in their daily lives. Therefore, although policies and initiatives were well-intentioned, they were not perceived by the people to be helpful.

Such a perception was generated by poor communication of policies and procedures by government ministries and agencies. Mr Lee's speech clearly attempted to bridge this gap between the people's thinking and the Government's actions.

Better communication between the State and the people is vital for a country's progress and the people's happiness, as there will be less resistance and resentment towards the Government's actions.

The Prime Minister's "acts of faith" certainly augur well for our nation.

Of course, how these plans are implemented will be closely watched by the people.

It is hoped that a more personal approach will lead to a closer relationship between the people and the State. Compassion and empathy will ensure the success of government policies and initiatives.