Police have arrested a man who is suspected of trying to rob a pawnshop outside Boon Lay MRT station last Saturday.

The robbery attempt led to one of the station exits being closed temporarily after the suspect threatened to blow up the pawnshop with what he claimed to be an explosive device.

The attempt took place around 4.30pm when the suspect barged into the shop, armed with a knife and a replica of a gun. When the pawnshop workers refused to hand over the cash and jewellery, he allegedly threatened to blow up the shop with an explosive device.

Later that night, police published a Facebook post with a video screenshot of the suspect, appealing for information from the public. The suspect, who is about 1.75m tall, was last seen wearing a pink turban, blue jacket and brown trousers.

Police said he had thrown the object onto the counter and fled without taking any items. 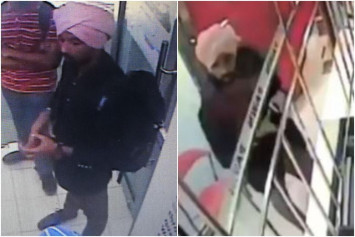 The workers immediately flung it out of the shop and called the police. No one was injured in the incident.

While police checked the suspicious object, the MRT station exit near Jurong Point shopping mall was closed for about an hour until 6pm.

It was later established that the object contained only some electrical components.

The case has been classified under Section 4(A) of the Arms Offences Act, which includes anyone who tries to use any type of arms to commit an offence, regardless of the intention to cause physical injury to any person or property.

If convicted, the suspect could face the death sentence.