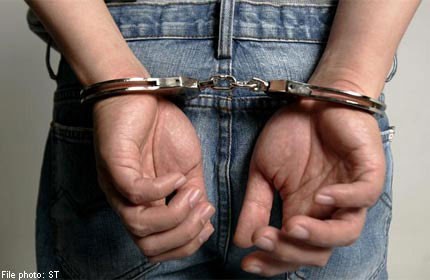 SINGAPORE - Police have arrested a duo, aged 21 and 33, for two cases of theft in Pulau Ubin in May and July this year.

The two men are believed to have worked together to steal items from victims who had left their belongings unattended while kayaking and swimming at a resort.

Preliminary investigations by the Police Coast Guard revealed that one of the suspects would act as a lookout while the other would sift through the victims' bags for wallets and handphones.

In one of the cases, the suspects even forced open a locker to steal items inside.

The two men were subsequently identified with images from CCTV footage.

With the assistance of the Public Transport Security Command (TRANSCOM), the identity of one of the suspects was established and he was arrested on Aug 14.

His accomplice was later arrested within 12 hours.

If convicted, they may face a jail term up to three years, or a fine, or both.