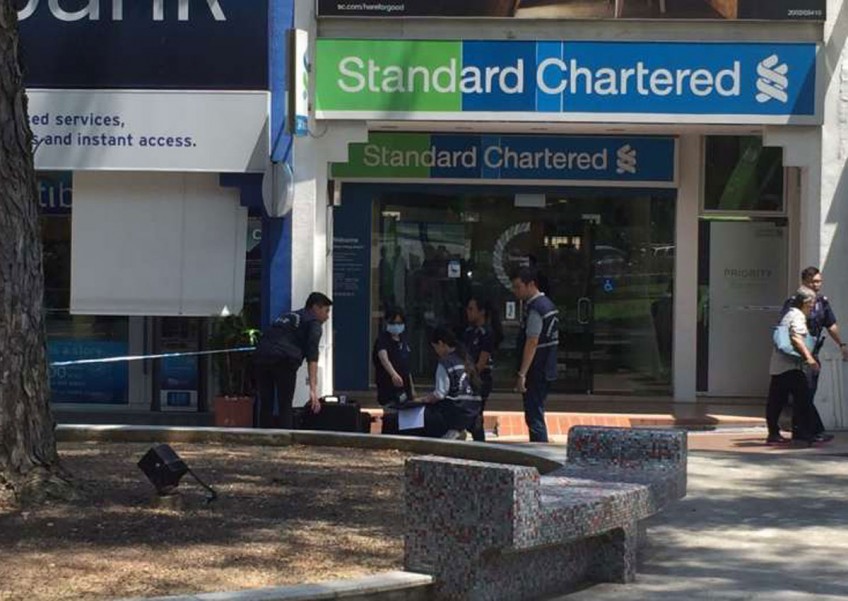 SINGAPORE - Police have confirmed that there has been a robbery at a bank along Holland Ave on Thursday (July 7) morning.

A police spokesperson said in a brief statement that the robbery occurred at 11.25am.

According to Channel NewsAsia, the robber is believed to have made off with $30,000. A manhunt for the suspect is underway.

Earlier today, it was reported that police officers wearing bulletproof vests were seen on Thursday afternoon outside a Standard Chartered bank branch in Holland Village.

A caller to Mediacorp hotline described the suspect as a Caucasian male wearing a cap, whom police are searching, Channel NewsAsia reported.

Images on social media showed the area being cordoned off.

According to The Straits Times, there were as many as 10 police cars and two police vans parked along the side of the road.

Some officers were wielding riot shields too, the report added.

A police spokesman confirmed with AsiaOne that a report about an incident was lodged. No injuries were reported.