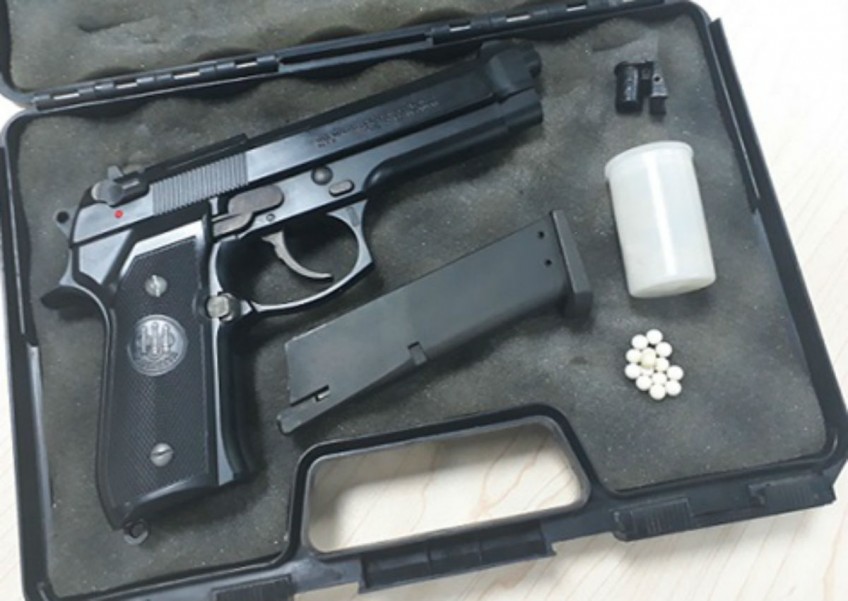 SINGAPORE - Airsoft guns may not expel real bullets, but they are still considered as "arms" in the eyes of the law.

A 26-year-old man who kept two such guns in his home is now in legal trouble, after police officers found the guns during a raid of his Woodlands Drive home on Monday (Mar 27).

Possessing airsoft guns without a licence to own arms can result in a fine of up to $5,000, and a maximum jail sentence of three years.

The penalty for importing or exporting arms and explosives or their parts is higher - a maximum fine of $10,000, and up to three years in prison.