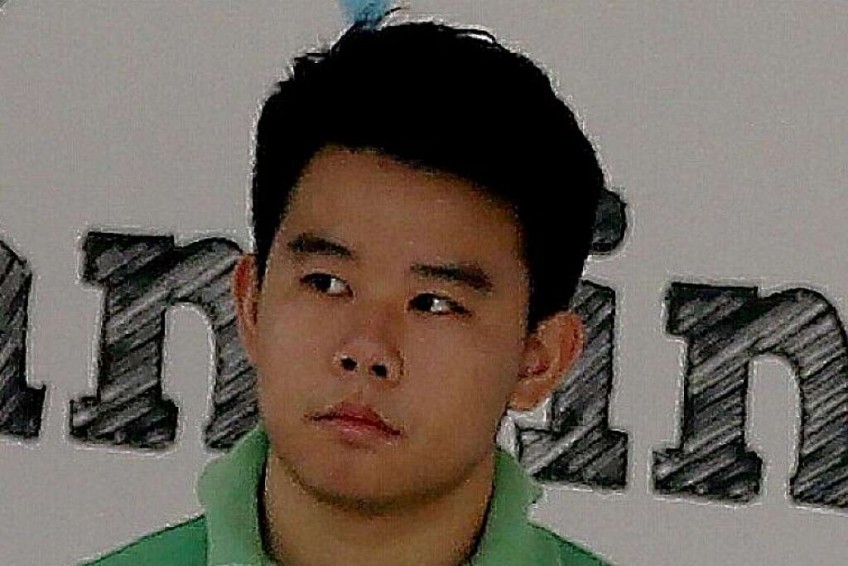 Tan, who was a Special Constabulary sergeant, was sentenced to 16 months' jail yesterday on two counts of theft.
The Straits Times

A police full-time national serviceman who lost money in stocks and soccer betting stole three 100g gold bars worth a total of $13,800 from an 84-year-old retiree, a court heard.

Tan Bing Ren, 21, was a Special Constabulary sergeant when he stole the gold bars from Madam Tjang Siang Le at her flat in Waterloo Street on Nov 24 and 30, 2015.

He pleaded guilty to two counts of theft and was given 16 months' jail yesterday. A charge of pawning a gold bar for $4,600 was considered during his sentencing.

The court heard that Tan and his colleague were attending to a case of theft reported by Madam Tjang on Nov 24 when he stole a Credit Suisse gold bar from her.

She had shown the officers the safe where she kept money and other valuables, and alleged that her maid had stolen from her. She took out most of the items and placed them on her bed. Among them were four gold bars, one of which was placed near Tan's file. Tan took one of them when his colleague and Madam Tsang were not looking.

Deputy Public Prosecutor Mansoor Amir said Tan sold the gold bar for $4,600 at Value Max Pawnshop in Buffalo Road two days later. He repaid a friend $2,000, a sum he had borrowed to settle a bank debt he had taken out after suffering investment losses of $20,000.

A few days later, he paid Madam Tsang a visit, purportedly to suggest installing CCTV cameras in the unit.

"This was a ruse and the accused, in fact, wanted to visit the victim so that he could steal more gold bars," said the DPP.

When Tan visited her, he asked her to show him her valuables on the pretext of making sure everything was in order. Madam Tsang opened the safe and laid out her valuables, which included three gold bars, on her bed. When she was distracted, he stole two of the gold bars. Later that day, she checked her safe and found that three gold bars were missing. She then called the police.

Investigations showed that Tan had given one of the gold bars to his friend as repayment for a loan. He handed the other to his girlfriend for safekeeping when he found out that the police were looking for him.

All the gold bars and the $2,000 have been recovered. The maximum penalty for each count of theft is seven years' jail and a fine.