Pow Sing boss 'ate there every day since incident' 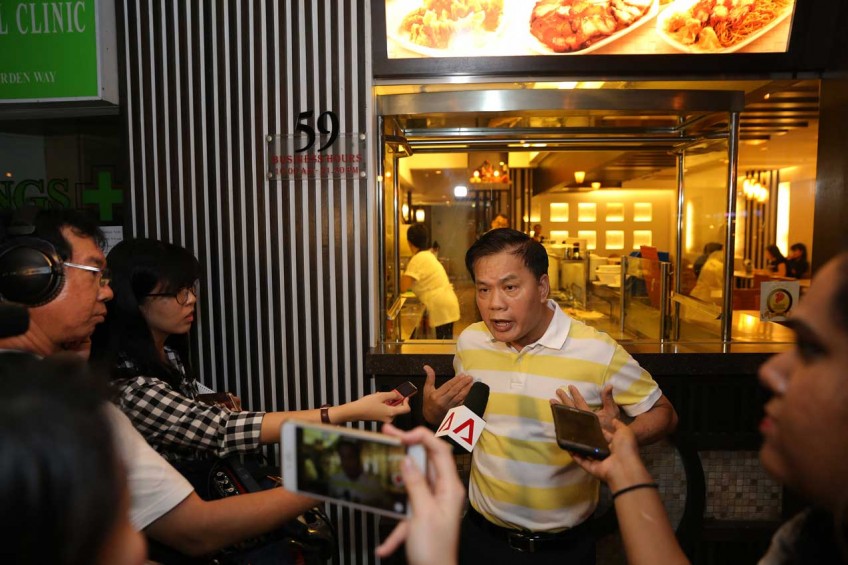 Pow Sing Restaurant's director had made it a point to eat a plate of chicken rice from his eatery's kitchen every day after he learnt about the gastroenteritis cases linked to it.

"I told all my staff to eat the chicken rice; I myself ate it, too, and until now, there have not been any problems," Mr Lee Chin Soo told The Straits Times yesterday.

Pow Sing's licence was suspended on Wednesday after the authorities became aware of at least 29 gastroenteritis cases linked to the popular Serangoon Gardens eatery, which sells zichar, or cooked food, in addition to chicken rice.

The restaurant was told to throw away all food and completely sanitise the kitchen - including utensils, equipment, work surfaces and toilets. It was also told to rectify lapses in food preparation processes identified during earlier inspections.

"We've cleared everything in the kitchen; everything is empty," Mr Lee said. "They took the chilli, cucumber, ginger, soya sauce, rice and chicken for sampling."

Bacteria and viruses are the most common culprits, and more rarely, toxins or parasites.

In a kitchen, Dr Wai said, food could become contaminated if it is already cooked but left in the open for too long.

"There could also be cross-contamination between raw and cooked food, which is why you should always separate the raw from the cooked meat," he said.

A third hypothesis is that a worker could have gastroenteritis, and consequently contaminated food by not washing his hands.

Mr Lee said: "The authorities advised me to send all my staff for hygiene courses, and I did. I am cooperating wherever I can."