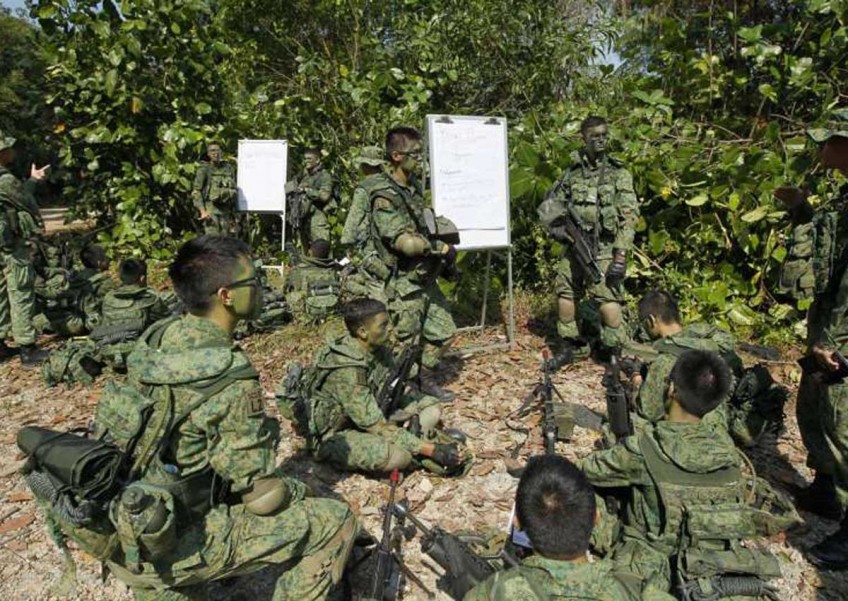 Pre-enlistees entering national service next year can express their interest in what vocations they will like to serve in, says Defence Minister Ng Eng Hen at the SAF Day interview on June 28, 2016.
The Straits Times

SINGAPORE - In a first for full-time national servicemen, pre-enlistees entering national service next year will be able to express their interest in what vocations they will like to serve in.

They will be given a range of vocations to choose from during the pre-enlistment process, said Defence Minister Ng Eng Hen on Tuesday (June 28) in his annual media interview ahead of SAF Day on Friday (July 1).

Operational needs will still be the primary consideration for assigning servicemen to vocations, said Dr Ng. "I can well imagine that there are certain interests that are more popular than others and unfortunately like popular schools, although every vocation is a good vocation, you have to match interests to vocations."

This implementation of one of the 30 recommendations from the Committee to Strengthen National Service was one of the announcements Dr Ng made during the interview, which touched on the challenges facing Singapore's national security and how the Singapore Armed Forces is adapting to meet them.

Terrorism remains a clear and present threat, he said. To better combat the threat of terror here, a new unit, the Army Deployment Force, will be set up, which will respond rapidly to terrorist attacks here alongside the Home Team.

The battalion-sized force, staffed by regulars, will also work with the Island Defence Task Force and Special Operations Task Force in times of emergencies. It may also be activated for overseas humanitarian or peace support operations.

Even as the SAF restructures internally to better respond to threats at home, the problem of terrorism is too big to handle alone, said Dr Ng. "We have to step up our collaborations with other agencies, share information, combine resources for operations to deal with terrorists."

Singapore continues to support joint patrols between Malaysia, Indonesia and the Philippines in the Sulu Sea, and Dr Ng reiterated that Singapore is still on board to join these patrols. He added that he has offered the use of the Navy's Information Fusion Centre as a resource to these patrols.

Domestically, lower birth rates pose a demographic challenge, as Singapore will face a one-third reduction in its manpower by 2030, he said. Because of this, the SAF will have to "do more with less", and work not only harder, but also smarter, through the use of technology.

The expansion of Changi Air Base due to the relocation of Paya Lebar Air Base will give Singapore the chance to build a modern, smart air base from scratch, he said, complete with greater automation and unmanned systems.

The Navy is working on a fleet of unmanned vehicles as a countermeasure to naval mines, which can be used to detect and dispose underwater explosives.

Furthermore, to attract top engineering and science talents to Mindef, the ministry will be offering a new Mindef Defence Science scholarship, which will be on par with the prestigious SAF scholarship.

These efforts all aim to continually improve the SAF, said Dr Ng, so that "we are always prepared, ready to meet today's challenges, as well as adapt to new challenges on the horizon and even unseen ones".

"We have the continued need to do this, to invest in resources, to call upon Singaporeans to do their NS duties so that the SAF can protect Singaporeans and defend our nation."