Property stocks on the rise 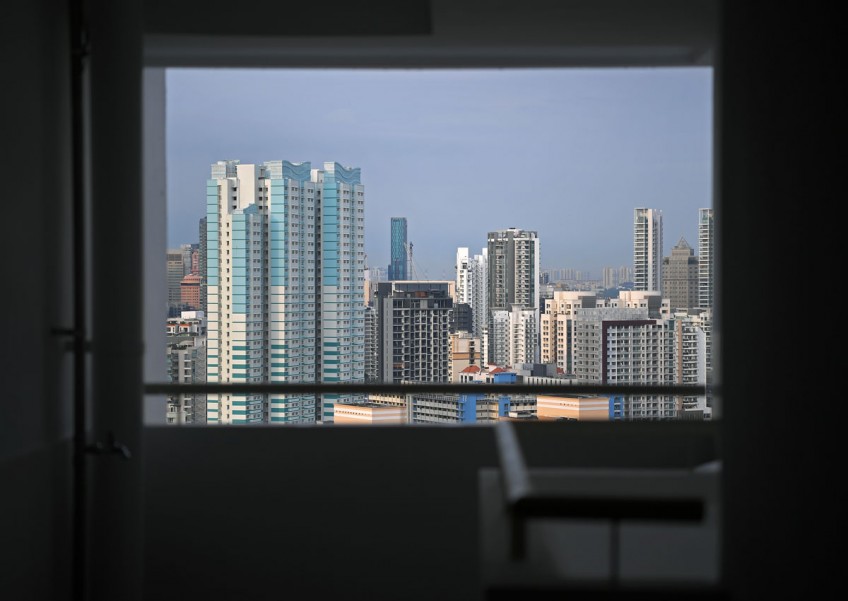 Analysts have upgraded their ratings for some property stocks, in anticipation of further relaxation of property cooling measures.
ST file photo

But even before this boost to the sluggish property market was announced, property stocks have already been on the rise.

According to a Singapore Exchange (SGX) report last month, the SGX Real Estate Developers & Operators Index has returned 12.4 per cent in the 2017 year through to Feb 13, outperforming the broader STI's 8.2 per cent gain.

The report also noted that real estate management and development stocks have led the real estate sector in the first six weeks of this year, which is a turn from 2016, when Real Estate Investment Trusts (REITs) led the sector.

And there are bargains to be found in the sector.

The price-to-book (P/B) ratio of the FTSE ST Real Estate Holding & Development Index (which has a comparatively long history of metrics) is currently at 0.71x.

The upbeat response of property stock investors are a stark contrast to the reactions of many analysts and perhaps even property buyers.

PhillipCapital analysts Peter Ng and Tan Dehong think that the easing of these two rules were unlikely to uplift sales in private housing units, as they think that the 60 per cent TDSR framework and Additional Buyers' Stamp Duty (ABSD) are the property cooling measures that would lead to a "meaningful boost" to take-up rates.

DBS analysts agreed that the direct impact on the property market would be marginal, but they think that the Government's move could have the "signalling effect" of a change in policy stance, which would lead to expectations of further relaxations ahead.

In a report on Monday, they wrote: "Such expectations will definitely have an indirect impact on prices, although the market will also have to consider the potential 'cooling' effect of higher interest rates ahead."

The Government, too, has reiterated that the current set of property market measures remain necessary to promote a sustainable residential property market and financial prudence among households.

In a press release last Friday, it pointed out that demand in the private property market remains firm, due in part to the low interest rates and continued income growth.

Explaining why the ABSD and LTV limits will be retained, the spokesman said: "While the growth in outstanding housing loans has moderated, it is prudent for households to further build up their financial buffers to protect against future interest rate increases or any losses in income."

But the analysts have upgraded their ratings for some property stocks, in anticipation of further relaxation to property cooling measures.

Analysts from PhillipCapital think that the earliest the 60 per cent TDSR framework and ABSD will be unwound is 2018 in view of the peak supply in properties between 2017 and 2018, as well as the rising interest rate environment.

"We have upgraded our sector weighting to 'Neutral'," they added.

OCBC analyst Eli Lee thinks that the timing of the easing of property curbs was not a complete surprise.

He said: "The Singapore Government has over the last three cycles a near unbroken record of actively reviewing property legislations against its goals of price stability, and historically began reversing curbs after homes prices had dipped between 8 per cent to 17 per cent from the peak.