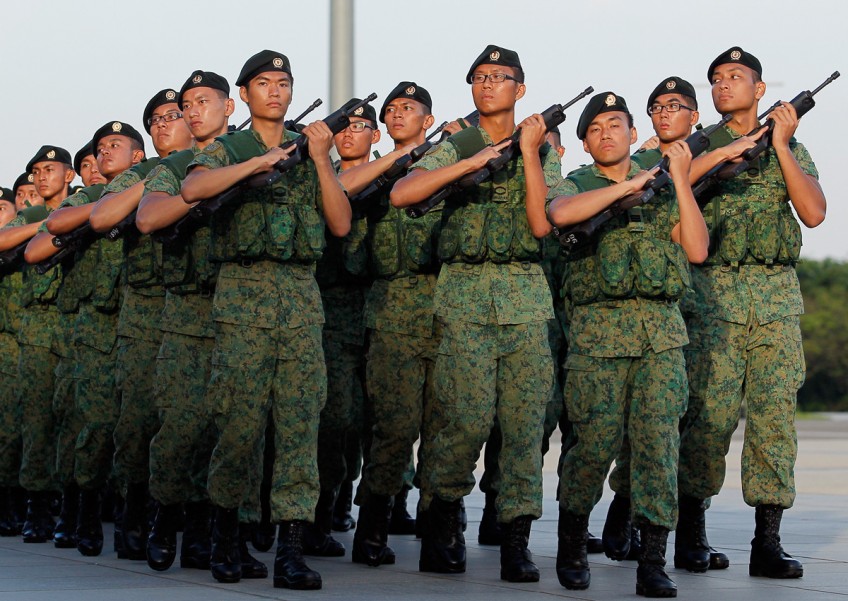 Prosecutors have urged the High Court to set a sentencing benchmark of four months' jail for young men who evade national service (NS) for more than two years but are young enough to serve their duties in full.

The argument arose in the case of a 25-year-old with attention deficit disorder who left Singapore as a teenager to study in Australia and dodged enlistment for more than six years.

Brian Joseph Chow, who returned to Singapore in 2013 and completed his NS in August this year, was fined $4,500 by a district court after he pleaded guilty.

But the prosecution appealed on Friday, arguing that a fine was manifestly inadequate.

Second Solicitor-General Kwek Mean Luck, who argued the appeal case, noted that majority of young Singaporean men put their tertiary education and other matters on hold when called up.

"What is the message sent to these young men, who have dutifully answered the call of enlistment, if offenders like the respondent pick and choose when they serve NS, and then are allowed to get away with a mere fine?" the prosecutor asked.

He urged the court to build on a landmark ruling last year that those who default on NS for more than two years should be jailed.

He argued that as a starting point, four months' jail should be imposed. The sentence should then be adjusted, downwards or upwards, based on the factors in each case.

For example, if someone evaded NS because his family had gone overseas when he was young, preventing him from developing a substantial connection to Singapore, this would mitigate his offence.

On the other hand, the offence would be aggravated if someone had blatantly defied the Defence Ministry's (Mindef's) refusal to grant him a deferment.

In the current case, Chow first left to study in Australia in 2005 when he was 15. His parents had decided to enrol him at Murdoch College in Perth, which had a programme to help him manage his condition.

In Jan 2008, he was notified to register for NS. After a letter from the school, Mindef offered him a deferment for his foundation course - but not for his tertiary studies.

Follow-up reporting orders were issued, as well as a visit to his Singapore address.

In March 2009, Chow applied to defer NS for his university studies via e-mail. This was rejected. Two months later, he made the same plea and was again rejected.

He voluntarily returned to Singapore in May 2013, two months after he graduated from the University of Western Australia.

On Friday, Mr Kwek argued that three months' jail was appropriate for Chow, noting that he performed well in the army and received positive testimonials from his commanders.

Chow's lawyer, S H Almenoar, argued that his client did not leave Singapore to evade NS but because schools here could not cater to his condition.

Justice Chan Seng Onn reserved judgment and will give his decision at a later date.