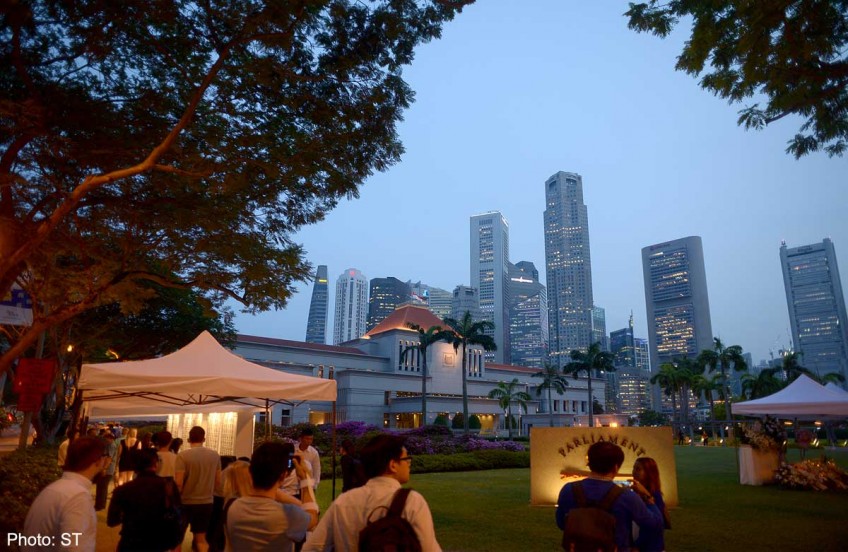 Former prime minister Lee Kuan Yew's body will lie in state at Parliament House from tomorrow to Saturday for the public to pay their last respects. They can do so from 10am to 8pm daily during that time.

A state funeral service for Mr Lee will be held at 2pm on Sunday at the National University of Singapore's University Cultural Centre.

As a mark of respect, state flags on all government buildings will be flown at half-mast during this period.

A private family wake at Sri Temasek began yesterday and will end today.

Senior civil servants, grassroots leaders and Singaporeans from all walks of life will also be attending the service, which will be followed by a private cremation at Mandai Crematorium.

Condolence boards and cards will be available in front of the Istana main gate from now until Sunday, for those who wish to pen their tributes to Mr Lee. Condolence books will also be opened at all overseas missions for overseas Singaporeans and friends.

The public can express their condolences and share their memories of Mr Lee at the official website: www.rememberingleekuanyew.sg

Traffic arrangements have been made for the wake and state funeral of Mr Lee.

Lanes and roads around Parliament House will be closed to vehicular traffic at various times starting from 8.30am tomorrow until 8pm on Sunday, the Traffic Police said.

People going to Parliament House should take public transport, as the carpark will be closed to all vehicles except those with authorised labels.

Tomorrow, a gun carriage will carry Mr Lee's coffin from the Istana to Parliament House.

There may be delays along these affected roads as well. Vehicles parked illegally along these roads will be towed away.