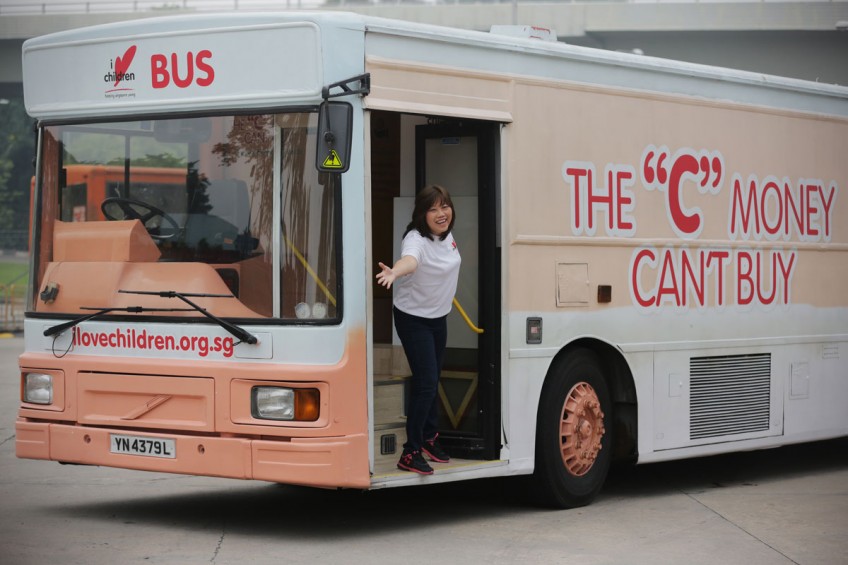 How would you define success?

This question, posed to some 190 students at the Singapore University of Technology and Design in June by one voluntary welfare organisation (VWO) here, turned up answers that the volunteers had hoped not to hear.

The top options picked were enjoying a successful career, having a happy marriage and becoming a millionaire. But Mrs Joni Ong, president of I Love Children (ILC), hopes to one day redefine all that.

"We want to put it to them that starting a family and having children can also be a definition of success. Along the way, that has dropped out of our list," said Mrs Ong, 55, who has five children aged between 19 and 25.

Her concerns go a long way back to 2005, when she and 15 others started the non-governmental organisation to advocate a higher priority for having children, amid concerns over a steady decline in the total fertility rate (TFR).

Through various events and campaigns over the years, ILC's aim is to educate young people on three key issues of parenthood: fertility, finances and work-life matters.

For instance, at its Hot Dates event, which started in 2010, young couples are treated to the latest movies along with talks by experts in various fields about those three issues.

In that same year, ILC launched a roving bus that plies the Central Business District and heartland locations every month. Anyone who wants information on parenthood can hop on board to pick up a flier or watch some videos.

Like many of his newly-married peers, 29-year-old Bernard Lim and his wife initially had reservations about entering parenthood.

The couple were married in 2011 and signed up for a Hot Dates movie screening the following year.

"We were worried about raising kids and being emotionally ready to make that commitment," said the third-year Singapore Management University student.

"The idea was at the back of our minds, but we just didn't make any concrete plans."

But attending the ILC event sparked more serious discussions between them and they later became one of the 2,500 couples thus far to have taken ILC's Parenthood Pledge.

The pledge, made in writing, encourages couples to actively try for a baby. The Lims now have a two-year-old son, Mikail, and are expecting a daughter next January.

In its 10th year, ILC will begin reaching out to an even younger audience, starting at age 19. Previously, it focused on those between 21 and 39. Explained Mrs Ong: "At an older age, they're already set in their decisions. It may be worthwhile to shift the target age a bit younger so that we can give them the possibilities to plan for children earlier."

While Mrs Ong is happy that there has not been another precipitous dip in the TFR in the past 10 years, with figures hovering between 1.15 and 1.29, she believes that more work remains to be done.

"We've managed to maintain the TFR but the difficulty is in climbing up. Until we reach 2.1, we're not going to stop," said Mrs Ong.

She counts policy changes such as the setting up of the Early Childhood Development Agency in 2013 and the recent increase in paternity leave as steps in the right direction. These are a reflection of the hard work put in by ILC, other VWOs, advocacy groups and the Government, she said.

Figures from ILC's parenthood survey this year reveal that the ideal age for most respondents to have their first child is 29.7. This has increased by an average of 0.4 years since 2010 and Mrs Ong believes this is because couples here are getting married later.

The median first marriage age for women was 28.2 last year, up from 26.2 in 2000, according to population statistics released last month.

Administrative assistant Sidney Soh and her husband, Mr Andy Lin, who have attended various ILC events, feel that efforts to encourage married couples to have children are important.

The couple, both 32, married in 2009 after dating for 10 years. They have three children aged between one and four.

"After we got married, we tried for two years before we could have our first child. I was worried that something was wrong," she said. The couple consulted a traditional Chinese medicine physician but conceived naturally.

"For us, there was no point in waiting. When we're young, we will still have the energy to play with our kids and watch them grow. Every milestone they achieve becomes very satisfying. When we're together, the five of us really paint a beautiful picture."

To celebrate its 10th anniversary, ILC will have a roadshow at United Square shopping mall atrium from tomorrow to Sunday. Some highlights include a baby pageant, a funniest baby video contest and parenthood talks. Admission is free.