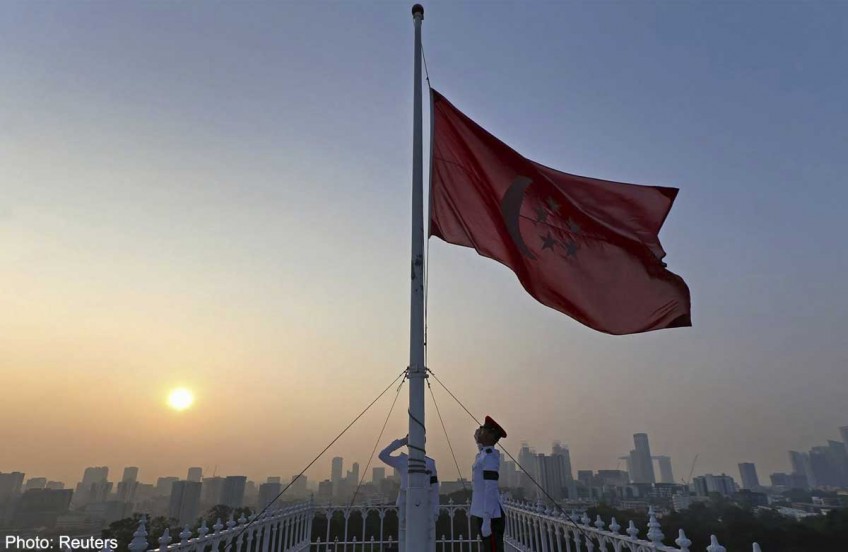 Regional media continued to cover the death of Mr Lee Kuan Yew extensively, with newspapers devoting front-page headlines and entire sections to the life and achievements of Singapore's founding father.

Calling Mr Lee "a steely man", the newspaper said: "He found himself as Prime Minister of a tiny nation with little resources but dragged it, whether its citizens liked it or not, through the decades and moulded it into the modern-day metropolis it now is.

The NST said on its cover he "had transformed the Republic from an island trading post into an economic powerhouse" and dedicated six pages to reactions and commentaries on his death.

Malay-language newspapers such as Berita Harian, often critical of Singapore and its leaders, had several pages in honour of the "architect of modern Singapore". The Chinese- language Sin Chew Jit Poh said Mr Lee spent his life "embracing Singapore".

Jakarta Post eulogised Mr Lee with a commentary headlined "Lee Kuan Yew, the sage and giant of South-east Asia" as well as an editorial headlined "Lessons from a neighbour". The latter lauded Mr Lee's policies to curb terrorism and foster harmony among its different religious groups.

Jakarta Globe bade "Farewell to a Giant of the 20th Century" and said Indonesia will remember Mr Lee as an "inspiration".

"Justice and a vision for multiracial harmony are what set Lee Kuan Yew apart in South-east Asia," it said.

Several media outlets, including Star, ran editorials describing how Mr Lee transformed Singapore from a backwater into one of the world's economic powerhouses, and saying what the Philippines can learn from it.

"Reviewing what this man has done for his own country, we should have more confidence in sticking to our own culture and philosophy. But we should also never forget that he had the vision to learn from the advanced cultures," it added.

The Global Times tabloid - an offshoot of the People's Daily, mouthpiece of the Communist Party - hailed China's "maturity" in maintaining good ties with Singapore though the latter is also courted by major powers and neighbouring countries, a reference to the Republic's close ties to Western countries, especially the United States.

Japan's Asahi Shimbun ran a commentary on "The man who cultivated the pearl of the East", while The Japan Times looked back on Mr Lee's quotes.

The Times of India carried the news of Mr Lee's death on the top right corner on its front page. It also ran stories inside, describing Mr Lee as "a tall statesman, one who was probably too big for Singapore".

Newspapers in Australia paid tribute to Mr Lee's success in transforming Singapore into a modern economic powerhouse but criticised his "ruthless" approach to cracking down on political opponents and restricting free speech.