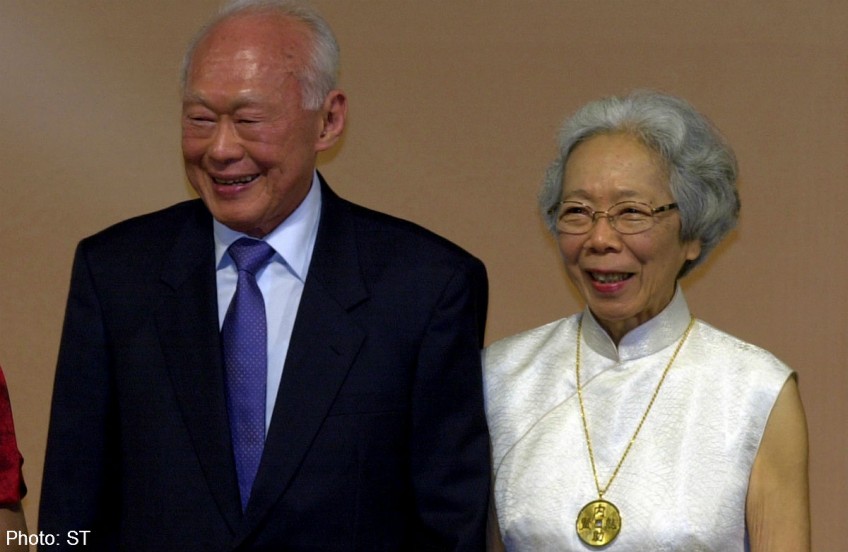 Fong Loo Fern, 61, is managing director of family-run tailoring business CYC The Custom Shop, where Lee Kuan Yew had his shirts made. - See more at: http://sph.straitstimes.com/news/singapore/more-singapore-stories/story/remembering-lee-kuan-yew-man-simple-tastes-says-tailor-2#sthash.2sCm7D0K.dpuf

Fong Loo Fern, 61, is managing director of family-run tailoring business CYC The Custom Shop, where Lee Kuan Yew had his shirts made.

"Mr Lee ordered shirts from us, and we also had pyjamas made for him. His name was usually embroidered on them in full.

In the past, he was served by my father who was in charge of sales at the time in the 1960s.

I remember my dad was very impressed with him, saying that Lee Kuan Yew was his hero.

My father probably met him only a couple of times in the 1960s. After that, it was always Mrs Lee who took care of his needs, until she passed away. She came to the shop once or twice a year and would order shirts for him.

I first met him in 2010. It was a very ordinary meeting in his Istana office, just a spacious room rather simply furnished.

The meeting lasted maybe about 20 minutes, and sales manager Roland Tan took his measurements. The order was for a batik shirt. The fabric was a gift from someone.

We had a short conversation with him. He asked me about my family and my business. He was warm and approachable and put us at ease.

I noticed that the shirt he was wearing was kind of old already. He kept his shirts for a long time.

He had very simple tastes. His favourite colour was pink and patterns were very unlikely. He usually ordered work shirts, and didn't really choose the expensive materials.

He wasn't very concerned about what he wore, Mrs Lee always took care of all that."