SINGAPORE - A 77-year-old retired cab driver died after he was hit by a taxi outside Ikea Alexandra last Saturday evening (Sept 7).

Mr Oh Ah Lek had been shopping with his family at Ikea last Saturday and was hit by a taxi driving out from Ikea's drop-off point as he was crossing a road, reported Chinese-language evening paper Lianhe Wanbao on Wednesday.

The police said they were alerted to an accident involving a taxi and a pedestrian along Alexandra Road, towards Telok Blangah Road, at 7.35pm last Saturday.

The pedestrian was conscious when he was taken to National University Hospital, where he subsequently died. 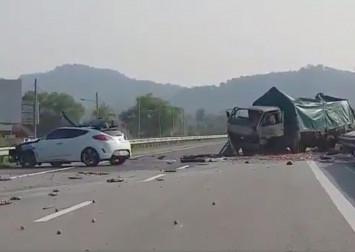 The police are investigating the case.

Mr Oh's wife, Madam Lam Kam Yap, 76, told Lianhe Wanbao that he was trapped under the bottom of the taxi after the accident.

Madam Lam, a housewife, said that she and her son were crossing the road near Ikea Alexandra when they heard a loud sound, before turning around and seeing Mr Oh under the taxi.

The driver apparently did not realise what had happened until the couple's son knocked on his taxi to alert him to the accident.

At his wake on Wednesday evening, members of Mr Oh’s family told The Straits Times that he was a friendly and cheerful person who was actively involved in activities at a temple.

They said that Mr Oh enjoyed spending time with his loved ones, including his grandchildren, aged one and five. 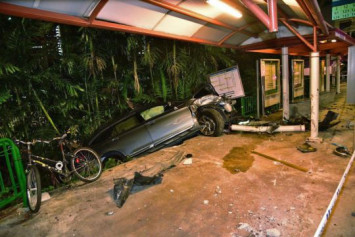 His sister, Ms Oh Li Mei, 35, said tearfully: "My dad went all the way to Chinatown to order two lanterns for my kids. But now, they will never receive it."

Mr Norman Oh said: "We were not prepared for his death. We're all very close to him and we love him very much."

The elder Mr Oh had been a cabby since his 20s, and retired only when he turned 73, said his wife, Madam Lam.

Ms Oh, a laboratory administration staff, said she hopes that there can be more safety features, such as a speed bump, near the site where the accident happened – the exit of Ikea Alexandra that leads to the main road.

Mr Oh's funeral will be held on Saturday.