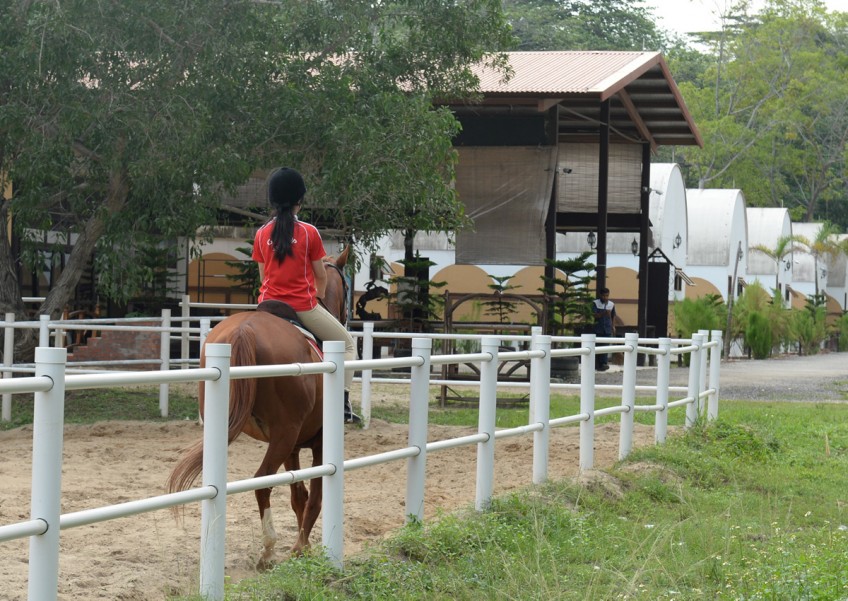 Since the death of an elderly woman at Gallop Stable's Punggol Ranch last Saturday, another rider has come forward to claim that the operator mishandled her fall at its Turf Club Road branch last year. The woman, who gave her name only as Ms Toh, said she could not recall what happened and the staff were vague about it.
The Straits Times

As investigations into the death of 73-year-old Lim Ah Boey at Gallop Stable's Punggol Ranch last Saturday continue, a rider has stepped forward to claim that the operator mishandled an incident at its Turf Club Road branch last year.

The 24-year-old, who gave her name only as Ms Toh, said she was knocked unconscious for half a minute during a riding lesson at the stable last June. She said the staff did not call an ambulance though she had signs of head injury, and were vague about what happened.

Ms Toh said she could not recall what led to the incident. The staff called her boyfriend, who took her to Tan Tock Seng Hospital (TTSH), where she was hospitalised for a day. She showed The Straits Times a hospital discharge summary from TTSH from June 20 last year.

It stated that she had been flung off a horse and suffered a minor head injury, complicated by loss of consciousness and short-term retrograde amnesia.

"They said the horse was trotting, which is only the second of four speeds, and I lost my balance and fell. I've fallen off multiple times at faster speeds and always gotten up after," she said.

Ms Toh said while falls are part of riding, she was "unable to accept Gallop Stable's unprofessional handling of the incident".

"After taking lessons at other riding schools, I also realised that the Gallop Stable instructors never taught me to ride with a safe foot position, which could have led to my being dragged in the stirrups following a fall," she said.

Gallop Stable's co-owner, Mrs Mani Shanker, did not respond to requests for comment.

After the Nov 14 accident, Equestrian Federation of Singapore president Melanie Chew said it will work to set up a safety certification system for commercial operators like Gallop Stable. Its members, like the Singapore Polo Club, are certified by the British Horse Society.

The Agri-Food and Veterinary Authority (AVA) said that under Punggol Ranch's AVA animal exhibition licence, which allows for public horse riding, training is required for staff handling horses but certification is not.

The AVA inspected the ranch the day before the accident, following feedback, and found the horses to be in "satisfactory to good condition". In a 2013 probe into conditions for 70 ponies at Horsecity, run by Gallop Stable, AVA said it found overcrowding and ventilation issues. They were later fixed.