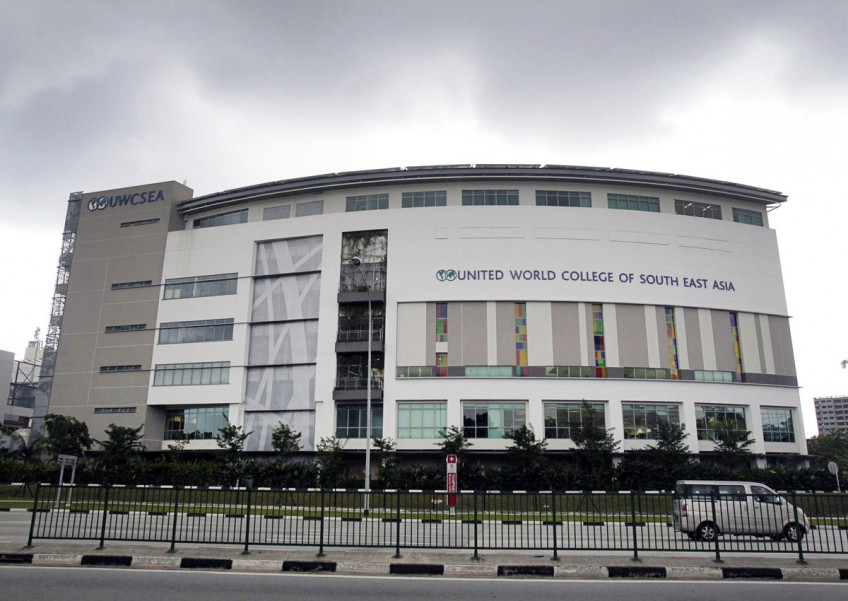 Getting a place in an international school here has become easier over the years, with the opening of two such schools last year.

Britain's Dulwich College opened in Bukit Batok in August last year, with more than 800 students. It plans to eventually expand its enrolment to 2,500.

Gems World Academy (Singapore) in Yishun, which opened in September last year, had more than 200 students in April this year. When its $220 million campus is completed by 2017, it will be able to take in 3,000 students.

United World College of South East Asia, which established its second campus in Tampines in 2008, has seen its student numbers at that campus increase from more than 2,200 in 2013 to 2,500 in August this year. The number of students at its first campus in Dover has stayed stable at about 3,000.

Its head of college, Mr Chris Edwards, said: "The Singapore Government has always had a clear understanding of the need to increase the number of places available in international schools to support the successful positioning of Singapore as a key hub in Asia and globally."

"The challenge back in 2007 was that it was very difficult for parents to find space," he explained.

Back then, the Australian International School had wait lists for all grade levels, while now, it has wait lists mainly for the early years and elementary levels.

"Generally, we are able to place students within one to two terms of application, if not immediately on some occasions," said a spokesman. This used to take a longer period.

Dr Yvonne McNulty, associate lecturer at RMIT University Singapore, said: "Over the past five years, the wait list for international-school places in Singapore has definitely eased." This is partly because of new schools opening here, and some schools no longer keeping wait lists, the global mobility researcher said.

"However, a spot at a preferred or top international school remains in high demand," she noted.

This is because the market for international schools is still growing, with the size of the expatriate population continuing to increase, she explained.

Also, more expatriates are opting out of three- or four-year contracts to stay here for longer periods of time, Dr McNulty said.

It has become more common for expatriate employees to take on local pay with additional compensation or benefits, than premium expatriate packages, a poll by human resource consultancy ORC Worldwide, done around six years ago, found.

Expatriates who enrol their children in international schools are now younger, in their 30s, she said. They used to be in their 40s and 50s and would not move here with their older children.

With demand still rising, some schools are expanding.

This year, the Australian International School started to build an extension to cater to demand for its early-years programme. Slated to open in 2017, the new facility will be able to take in around 2,000 pupils from 18 months to six years of age. Currently, the school has more than 450 pupils aged between two and six at its campus in Lorong Chuan.

Ms Liza Cox, 37, mother of three children who attend the school, said she had to wait for about a month before her then five-year-old daughter secured a place there.

The German European School Singapore plans to open a new campus in Bukit Timah around 2017. It expects to see strong demand over the next 30 years, said a spokesman. This will allow it to take in up to 2,000 students in total, up from around 1,500 now. Both of its campuses in Bukit Tinggi Road and Jalan Jurong Kechil are at full capacity.

Tanglin Trust School will add four new buildings to its seven existing ones in Portsdown Road over the next eight years. One of them will open in August next year, housing new arts and exhibition spaces and a gymnasium.

Two other schools - Lycee Francais de Singapour and Overseas Family School - had previously announced plans to add campuses or move to larger premises within the next two years.