At-risk youth at welfare home can pick up job skills 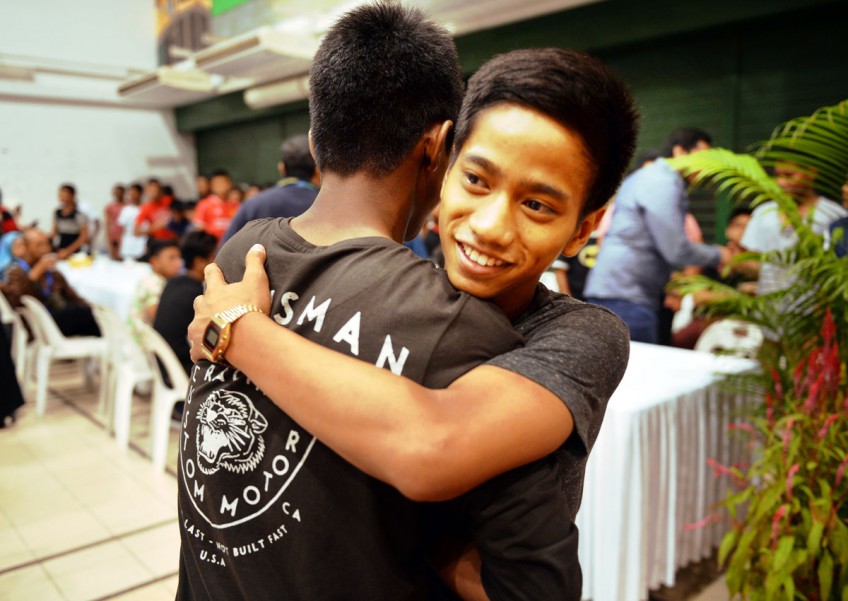 Haikal (right) hugging a friend. He received the Best Academic Award (N-levels) a day before he was discharged from Muhammadiyah Welfare Home.
BH

At-risk youth at the Muhammadiyah Welfare Home will be able to pick up relevant job skills such as haircutting, with several training courses lined up for them this year.

The welfare home, set up in 1989, recently announced that it wanted to pay more attention to job skills training, to better equip the boys to enter the workforce and reintegrate into the community.

Ms Rahmatunnisa Abdul Majeed, its superintendent, told The Straits Times: "We hope that exposure to these jobs can ignite the boys' interest and mark the start of a career path for them."

Job skills workshops used to be held on an ad-hoc basis, but the home wants to organise these more consistently, she said.

The home offers shelter and rehabilitation for about 60 boys aged 11 to 18. About half of them are juvenile offenders, while 40 per cent of them are there on compassionate grounds - they may have been abused or neglected. The rest are those beyond parental control.

The weekly haircutting workshops started last month, and the the rest of the sessions are expected to be held later this year, during the school holidays.

Addy (not his real name) has been attending the haircutting workshop. The 15-year-old was admitted to the home after he was deemed beyond parental control last year. His parents felt that he had been mixing with the wrong company since he started secondary school. He often played truant, stayed away from home and had started smoking.

Addy said: "The volunteer barber taught and shared so much with us. He said he wants to teach us well and as much as possible, so that we can use these skills in our life.

"I appreciate it, and my wish is to some day pick up the courage to tell my dad and brothers that I would like to try and cut their hair."

Muhammadiyah Welfare Home announced its new focus on job skills at an event last month which celebrated its residents' achievements in academics, sports and religious studies.

Mohamad Haikal Hardian, 17, received the Best Academic Award (N-levels), just a day before he was discharged from the home.

He was referred to the home after his mother was diagnosed with an anxiety condition and could not care for him and his four siblings.

He is currently studying at the Institute of Technical Education, in a course related to lifts and escalators, but hopes to eventually be a counsellor. "I think that maybe I can help others, by hearing their problems and sharing my experiences with them."

This article was first published on Feb 1, 2016.
Get a copy of The Straits Times or go to straitstimes.com for more stories.