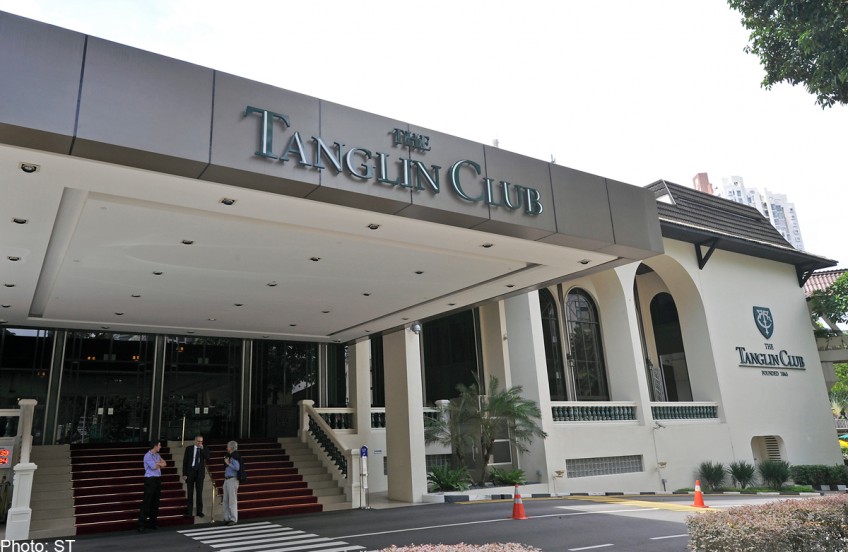 MEMBERS of the Tanglin Club have approved a rule change that will allow 112 Singaporeans on the waiting list to join the club.

The exclusive social club, formed 150 years ago, encountered an internal face-off after it emerged that 55.5 per cent of its members were Singaporean, breaching a club rule stating only 51 per cent can be of any one nationality.

The reason for the overreach was that 292 members who had joined as foreigners later took up Singapore citizenship. They were then recorded as local members.

However, a vote at a special general meeting on Monday came out 206 to 95 in favour of counting a member's nationality at the time of joining, meaning that the 292 went back to retaining their original citizenship at the club.

The move brings the number of Singaporean members down to 48 per cent, meaning there is now space for 112 more - from a waiting list of 1,301 Singaporeans - to sign up.

Club president Joseph Chew said yesterday: "The members have spoken and we are pleased with an outcome that allows the Tanglin Club to admit new Singaporean members for the first time since 2008 while also preserving the traditional diversity of the club."

In a circular to members last week, Mr Chew noted there was no evidence that any of the 292 members were aware they were counted as Singaporeans upon their change of citizenship.

He stressed that all members are equal and enjoy the same privileges, regardless of nationality, and the nationality cap matters only to those on the waiting list.

A petition from a group of 28 members had suggested the cap be reset at 56 per cent for Singaporean members, which led to robust debate at the meeting, attended by more than 500 members who spilled out of the club's Churchill Room.

Long-time member Peter Lim, 52, said the outcome showed a "tremendous, cohesive desire to see a better club for the benefit of all its members, whatever the nationality".

He added: "Credit to the president and committee for a process well managed. I have been to many general meetings and I have not seen members coming out of such a meeting more happy."

The Stevens Road club has more than 40 nationalities among its members. The rule changes are subject to approval by the Registrar of Societies.

This article was first published on Mar 20, 2015.
Get a copy of The Straits Times or go to straitstimes.com for more stories.