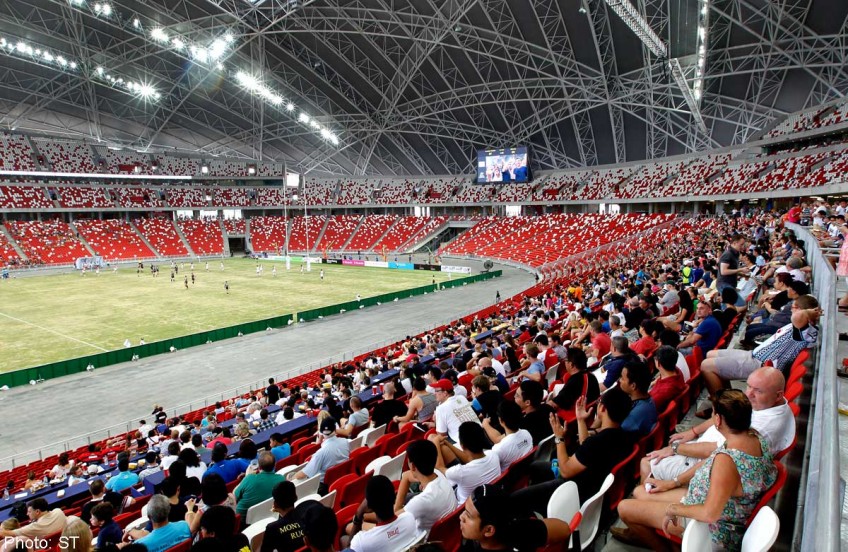 The 55,000-seater arena, the centrepiece of the Singapore Sports Hub in Kallang, earned praise from the spectators for its modern look and comfort.

SYDNEY - Super Rugby organisers SANZAR have confirmed their competition is set to expand into Asia with Japan and Singapore vying for the licence to run a team in 2016.

A decision will be made in September or October.

"We are now able to confirm that two parties from Asia will compete for the opportunity to join an expanded Super Rugby competition in 2016," SANZAR chief executive Greg Peters said in a statement late Wednesday.

"Asia is a region that has been the focus of considerable investment by the International Rugby Board in recent years and is a strategically sound location for the evolution of Super Rugby.

"We were happy with the number of responses received, however the two stand-out expressions of interest that were most attractive to the SANZAR unions were received from Japan and Singapore."

Peters said each bid had the support of their national unions and included other interested parties who would provide commercial and business support for the venture.

The two bidders now have until mid-August to submit formal tender documents pushing their case to join Super Rugby when it expands from 15 to 18 teams in 2016.

SANZAR said the bids would be assessed against the key criteria of commercial value, infrastructure, geographic location, rugby readiness and ongoing sustainability.

The return of the Kings from South Africa's Eastern Cape and a team based in Argentina had already been confirmed by SANZAR when the 18-team format was announced in May.