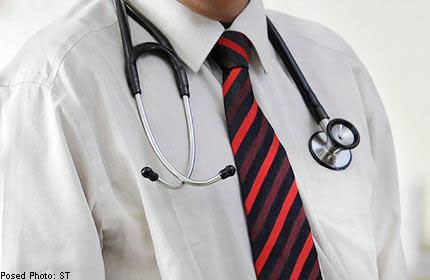 MOSCOW - Russian police on Tuesday said they had arrested a Siberian surgeon on suspicion of stealing heroin that he had extracted from the stomach of a drug mule.

The surgeon at a hospital in the town of Bogotolsk was high on drugs when he was arrested, the police for the Siberian Krasnoyarsk region said in a statement on their website.

The surgeon carried out an operation to remove packages containing heroin from a man's stomach at the request of police, but the criminal investigative department later realised some of the drugs were missing.

"When they searched the surgeon, they found a package with five grams of heroin hidden in his clothing. At the moment of the detention, the doctor was in a state of narcotic intoxication."

In a police video, the surgeon declined to answer questions. He faces up to 15 years in prison for theft and possession of a large amount of drugs.