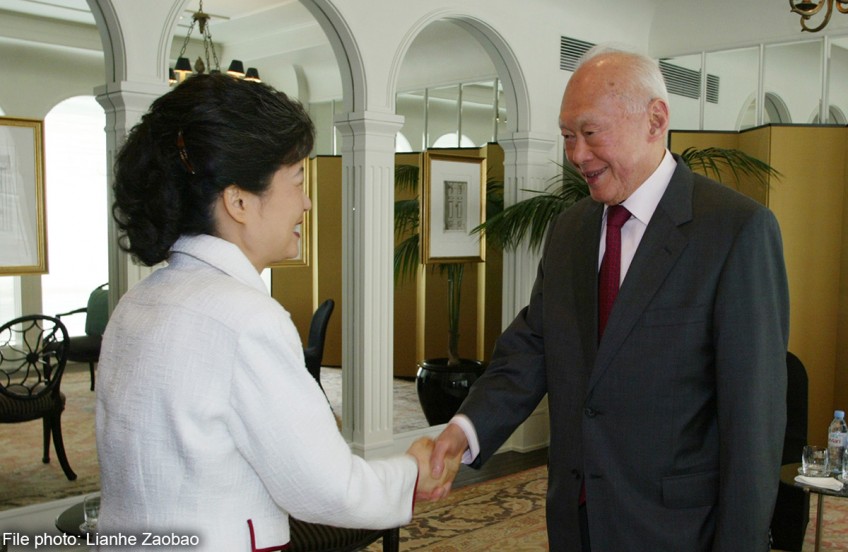 The announcement came hours later Park offered words of condolence to the people of Singapore.

Park called Lee "a friend of our people" who offered "precious wisdom" that contributed in the development of the bilateral relationship between South Korea and Singapore.

"He built a special friendship with South Korea through his several visits to the country and was a friend of our people who delivered precious wisdom to develop the bilateral ties of the two countries," said Park in a statement.

It was her first condolence statement issued over the death of a foreign leader since she entered office in early 2013, the presidential office said.

President Park had shared a close relationship with the former leader of Singapore and his family since the 1970s when her father, the late President Park Chung-hee, was in power.

In 1979, Park, who served as the first lady after her mother's death, joined a state banquet held between her father and Lee as a translator.

In her statement, Park also called Lee a leader respected by the people of Singapore and a role model for other leaders around the world.