PUTRAJAYA: When RM800,000 (S$257,257) in cold, hard cash was found in a police corporal's Melaka house , it shocked even the most seasoned graft busters. The money is nearly 26 years of his highest-possible salary.

However, the corporal, who is attached to the Melaka police contingent headquarters' secret societies, gambling and vice division (D7) denied that the money - found in the storeroom of his quarters - was his.

The 52-year-old is the 10th person arrested by the Malaysian Anti-Corruption Commission (MACC) in connection with the case of Melaka police personnel allegedly giving protection to illegal gambling dens and massage parlours.

Sources familiar with the case said the corporal claimed to be holding the money for his superior, an Assistant Superintendent who is now under remand. 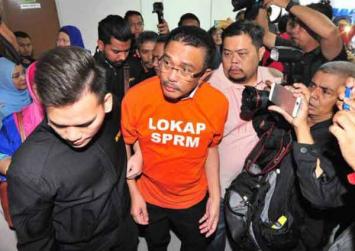 "We knew that there was a possibility that we would be finding a substantial amount of money but not that much," an MACC source told The Star.

The source said the corporal's claim that he was just holding the money for his superior would be investigated.

"We have both of them in custody, so we will find out more - who the money belongs to, why this man is keeping a lot of cash in his house, and where the money came from," the source said.

The corporal was picked up at his home at around 2.30pm on Wednesday as the anti-graft body continues its investigation into a protection racket for gambling dens and massage parlours said to be run by senior cops.

He was taken to a court here where magistrate Nik Isfahanie Tasnim Wan Ab Rahman issued a one-week remand order until May 24. 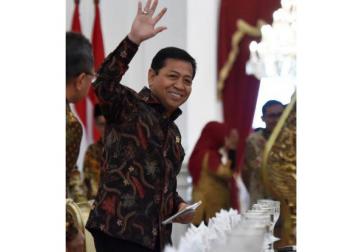 So far, six other police personnel - two district police chiefs with the rank of Assistant Commissioner and Deputy Superintendent, two Assistant Superintendents and two Inspectors - have been remanded to help in MACC's probe.

Three other individuals, two middlemen and an illegal gambling den operator, are also in MACC custody.

In an unrelated case, an officer with the Subang Jaya district police was remanded for six days over allegations of receiving a RM5,000 bribe.

The 35-year-old inspector was arrested at 1.10pm at his office on Wednesday.

He is alleged to have demanded and accepted the money in return for not bringing a criminal intimidation case to court.