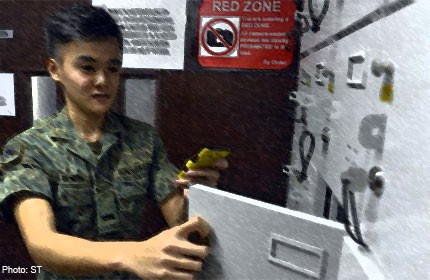 The latest move is part of a move by the SAF to progressively ease its ban of such phones in military installations and to minimise the disruption of its national servicemen who attend their annual in-camp training.

The Singapore Armed Forces (SAF) will allow servicemen to bring camera-equipped cellphones into 15 more camps such as Dieppe Barracks, Mandai Hill Camp and Stagmont Camp from next month.

Here is the press release in full:

The Ministry of Defence and the Singapore Armed Forces have reviewed the pilot security zoning programme which was implemented on 1 Sep 2012. The review concluded that the programme enables the securing of sensitive areas while allowing flexibility and minimising disruption for our national servicemen who operate within camps.

Effective 1 Sep 2013, the security zoning programme will be implemented across 15 additional camps.

Unauthorised photography and videography within all SAF camp premises remain prohibited in all zones.