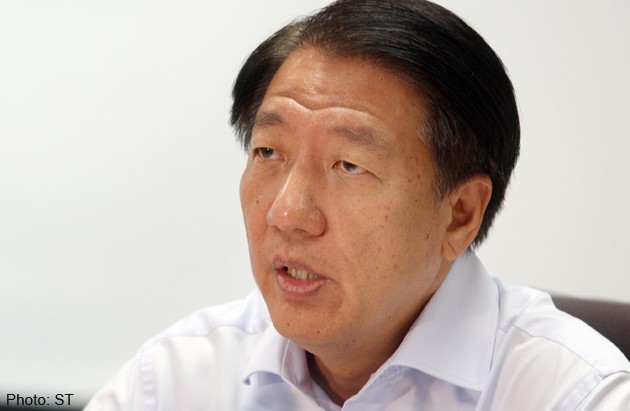 His comments come a day after the Ministry of National Development (MND) asked the High Court to appoint independent accountants to oversee government grants at the Aljunied-Hougang-Punggol East Town Council (AHPETC), where accounting and governance lapses were found after a special audit that ended earlier this year.

"There are a lot of unanswered questions, and the MND does want to make sure that the residents continue to enjoy the benefits of the grants that MND is giving to every town council," said Mr Teo, who is also Home Affairs Minister.

"And I think this is one way in which MND can continue to give grants, but in a way which safeguards public funds. I think it's a fair way of doing so, and I hope the town council accepts it," he told reporters on the sidelines of a recruitment drive at Rivervale Mall in Sengkang.

AHPETC came under the spotlight last month after an audit by the Auditor-General's Office found problems in accounting, governance and compliance.

National Development Minister Khaw Boon Wan had said that his ministry would withhold grants - amounting to $7 million each for FY2014 and FY2015 - until "AHPETC cleans up the mess".

Last Friday, however, MND said it would release these funds to the town council, provided that the court agrees to appoint independent accountants to safeguard the use of the grants.

If the court application is allowed, AHPETC must keep the government grants in segregated accounts, and any payments above $20,000 from these accounts must be co-signed by the independent accountants.