SCAPE youth organisation in Orchard Road has taken down a scary life-sized Halloween doll hung from a tree after it was slammed as being "distasteful".

A post on Facebook group Singaporeans Defending Marriage and Family criticised the display of the long-haired mannequin in a 'blood-soaked' gown as "extremely disturbing and done in very bad taste and traumatising to children".

Netizens also chastised SCAPE for putting up the display, which they felt promoted the idea of suicide - and it's untimely too, coinciding with the Suicide Awareness Month in Singapore.

Said netizen Nur Bazilah Joha: "There are people who have very soft hearts and get scared easily. There are kids who will get traumatized easily and get nightmares for days. There are pregnant ladies who could be shocked by the sight and pregnancy could be affected too. It's funny for some people but it could be traumatizing for others."

Samaritans of Singapore (SOS), which launched its awareness campaign recently, had told SCAPE that it was an inappropriate depiction of suicide which may traumatise the young and vulnerable people.

The mannequin could also act as a trigger for those with past experience related to suicide, Ms Christine Wong, executive director of suicide prevention centre of SOS said in a Channel NewsAsia report.

SCAPE said that the mannequin was put up as part of its publicity drive to promote its Halloween attraction, the Museum of Horrors.

"We have received feedback about the mannequin, and after reviewing internally, we informed the vendor to have it removed from the open public area. We hope that the youths will still have an enjoyable Halloween experience at the Museum of Horrors," it said. 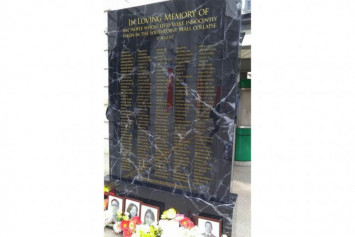