SDP says character should not be an election issue 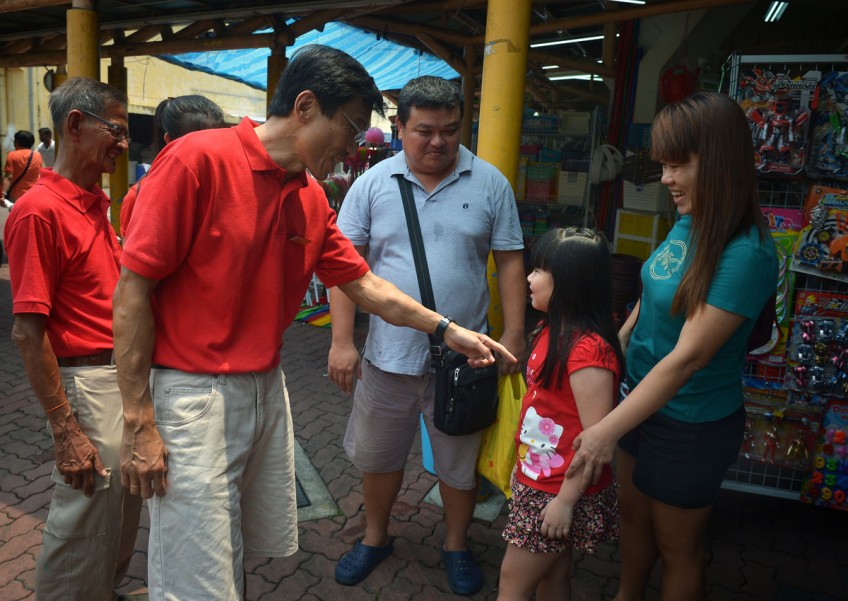 The Singapore Democratic Party (SDP) yesterday said it did not believe in attacks on character, after Prime Minister Lee Hsien Loong remarked that its chief Chee Soon Juan's character "had not changed".

Mr Lee, PAP secretary-general, had told reporters he would be concerned if Dr Chee were to be elected in the Bukit Batok by-election, adding: "What he says is one thing, but the reality is quite different".

SDP central executive committee member Paul Tambyah said in a video uploaded on Facebook: "We believe that you can criticise what a person says, or what a person does, but don't attack the person.

"It's not right to question his character. A person is not defined by his or her actions or words. In my own field, a person is not defined by their disease... We need to debate the issues, not engage in character assassination." He also said "neither me, nor anyone from the SDP, will use the same kind of language to criticise the PM, as the (ex) director of the National Neuroscience Institute". He was referring to Mr Lee's sister Wei Ling, who had alleged that the Prime Minister abused his power in organising for his own political ends what she considered excessive commemorations for their father's death anniversary.

PM Lee replied last night: "Character goes to the heart of the fitness of a candidate, whether to be an MP, or indeed to hold any public office. It is understandable why SDP, and particularly Dr Chee Soon Juan, should wish it to be otherwise. But anyone standing for public office should be prepared to have his past actions examined, transparently and honestly, so that voters can make informed, responsible decisions as to who is fit and best qualified to represent them."

Dr Tambyah also said Mr Lee may have been misled by Lianhe Wanbao, which "admitted to us that they made a mistake". "They have since apologised to us," he added.

Wanbao's associate local news editor Ting Kheng Siong said Wanbao revised its online headline, but did not apologise. Its interview with Dr Chee was headlined "Chee Soon Juan does not regret 'crazy past'".

But SDP said the phrase "crazy past" did not come from him, and Wanbao changed this to "Chee Soon Juan: I'm proud of my past" as well as the report's first paragraph. The rest of the piece was unchanged.

The SDP will hold its rally at Bukit Gombak Stadium tonight, from 7pm to 10pm.