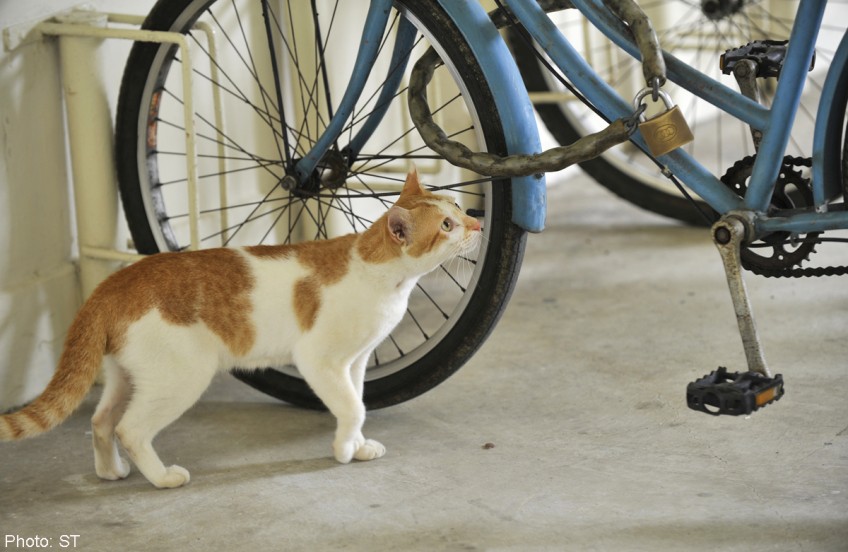 The fate of a group of stray cats in Sembawang remains up in the air, with the authorities refuting online reports that the animals will be removed and likely culled.

On Thursday, a group of cat feeders taking care of the strays in Jalan Lengkok Sembawang wrote to the MP for the area, Ms Lee Bee Wah, and others to ask that the cats be spared from culling.

The feeders said the authorities had conducted a survey asking residents whether they wanted the cats to be removed.

"Our concern is that... community cats that are caught will have to be sent to the Agri-Food and Veterinary Authority, where they are likely to be culled," the cat feeders said in their letter.

But when asked, Ms Lee said that "while a survey has been done, we intend to ask the Cat Welfare Society and a group of animal lovers to consider what possible solutions there are".

"A decision will be taken only after they look at the situation and make suggestions," said Ms Lee.

She did not respond to queries about the nature of the complaints in Jalan Lengkok Sembawang, or about the survey.

The Straits Times understands, however, that the same poll was done in Yishun last month.

The Straits Times obtained a copy of that survey, which started with a paragraph noting residents' feedback about hygiene and cleanliness issues related to discarded cat food.

Cat Welfare Society chief executive Joanne Ng said it was not consulted about or involved in either survey, although the group works with Nee Soon Town Council to resolve cat-related complaints.

Ms Ng said she met Ms Lee and town council representatives on Tuesday after learning of the Yishun survey.

"We agreed to work closer together and to communicate more effectively," she said.

Regarding its involvement in future surveys, Ms Ng said the society does not agree with surveys that ask whether cats should be removed or culled, as these do not solve the underlying conflict between those who want the cats left alone and those who want them removed.