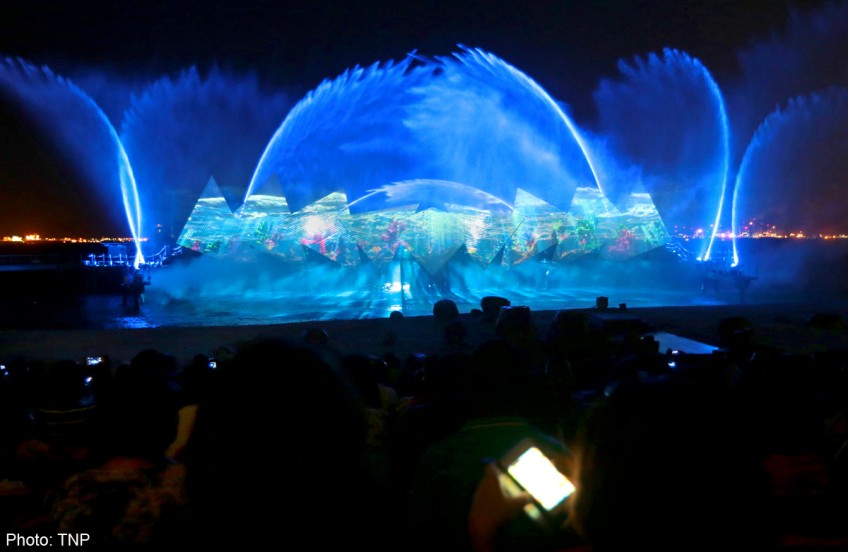 According to a previous report in The Straits Times, Sentosa revamped its signature night show, Songs Of The Sea, in its latest effort to appeal to a wider audience.

The show, Wings Of Time, took flight for the first time at Siloso Beach last month, a mere six weeks after the other show ended a seven-year run.

Its developer, French events company ECA2, also created Songs Of The Sea. ECA2 and Sentosa's management hope the new show will appeal to both Singaporeans and tourists.

It is also part of Sentosa's ongoing efforts to refresh its attractions.

Visitors can expect a more interactive line-up in Wings Of Time, starting with the pre-show, in which cast members lead a burlesque singing lesson.

The show follows the adventures of two teenagers, Felix and Rachel, who help a bird-like creature named Shahbaz find its way home.

It has less dialogue than Songs Of The Sea and boasts special effects created by projections, robotic water fountains and pyrotechnics.

Coupled with multimedia elements, it goes up to 80m wide and 50m high, making it almost 40 per cent larger than the previous night show.