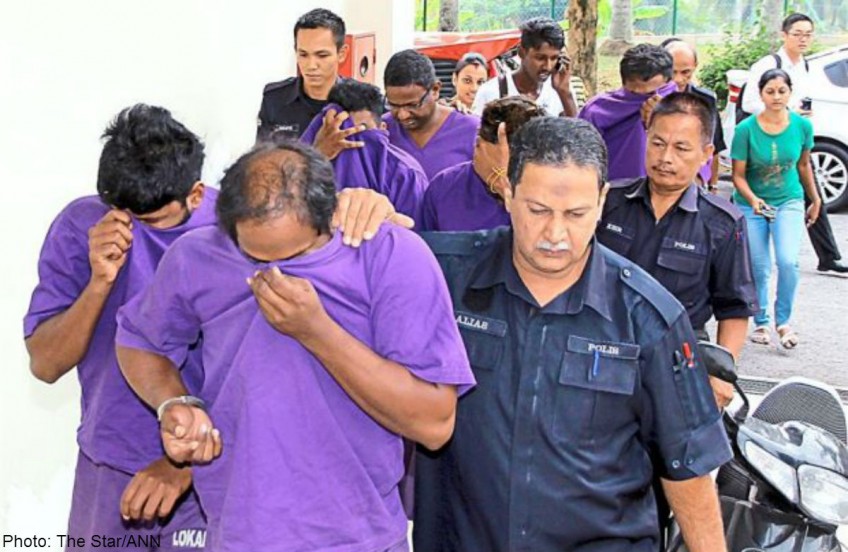 Guilty as charged: The men being led to the court to hear their sentence for causing a ruckus at a police station.

BATU GAJAH - Seven men who caused a ruckus last week at a police station in Pusing, about 6km from here, were fined for unruly behaviour.

Magistrate Solehah Noratikah Ismail fined two of them, contractor S. Mathekumar and lorry driver K. Ganasen RM500 (S$195) each, in default six months' imprisonment as they had past offences.

Mathekumar, 22, and Ganasen, 44, pleaded guilty to their disorderly conduct at the police station at about 9.30pm on July 11.

The other four were fined RM450 (S$176) each, in default four months imprisonment, for the offence at the same place and time.

In mitigation, each of the seven said they had dependent family members to take care of.

According to the facts of the case, the seven were on their way to the police station over some family debts.

Outside the station, they became aggressive and hurled insults at each other.

A policeman who heard the ruckus outside the station approached them and told them to stop their behaviour.

They were later detained with the help of several policemen.

All the seven men were not represented.