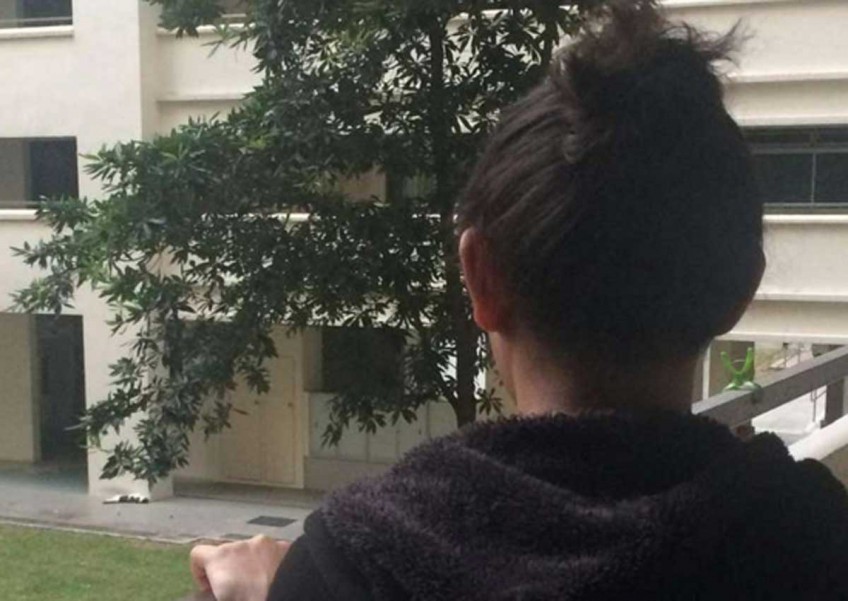 Criminal lawyers and professionals who deal with victims of sexual abuse have called for greater clarity in the law after the High Court last week ruled that a woman cannot be found guilty of sexual penetration of a minor.

But lawyers also agreed that the judge was right to decide the way he did, and that it is up to Parliament to amend Section 376A(1)(b) of the Penal Code if the intent was to cover both male and female offenders.

Zunika Ahmad, 39, had pleaded guilty to six counts of sexual penetration of a minor, and one count of sexual exploitation under the Children and Young Persons Act.

Zunika lived as man, and no one suspected otherwise until the girl went to the police.

But last Tuesday, Senior Judge Kan Ting Chiu rejected her guilty pleas to the charges of sexual penetration and ruled that Section 376A(1)(b) did not apply to women. He sentenced her to eight months in jail for the other charge.

Section 376A(1)(b) was enacted in 2007 after a review of the Penal Code. It states that "any person (A) who sexually penetrates, with a part of A's body (other than A's penis) or anything else", a person under the age of 16, is guilty of an offence.

A person found guilty of an offence under the section could be punished with up to 10 years' imprisonment, a fine, or with both.

If the minor is below 14 years old, the perpetrator could receive up to 20 years' imprisonment and may be liable to a fine or caning as well.

But the judge reasoned that the reference to a person who has a penis meant that A could not, therefore, be a woman.

He did refer to the parliamentary debate that took place before the law was passed. Then Senior Minister of State for Home Affairs Ho Peng Kee had highlighted public concerns over female sexual abuse of male minors.

But the judge ruled that his hands were tied given the clear phrasing of the law.

The decision led the Association of Women for Action and Research (Aware) to question the seeming inconsistency between the intention of Singapore's policymakers and the way the provision was interpreted.

Ms Jolene Tan, senior manager for programmes and communications at Aware, wrote in a letter to the Forum page published last Friday that "it is unjust to treat the sexual assault of a minor differently based on the gender or anatomy of the perpetrator".

She argued that the words "other than A's penis" in Section 376A(1)(b) seems to be targeted at catching female abusers.

Speaking to The Sunday Times, she said that if the precedent set last week is followed, even clear cases of sexual assault could fall through the cracks. And this could lead to victims being denied justice.

Aware runs a sexual assault care centre that caters to both male and female victims, although it mostly works with women.

Last year, of the 267 cases handled by the centre, 15 per cent involved child sexual abuse. Out of these, more than half involved penetrative assault.

Ms Lena Teo, assistant director for counselling at the Children-at-Risk Empowerment Association, said while a child may not fully understand or be affected by the sentence the perpetrator receives, this may not be the same for older victims.

What is more, sexual assault on a child will cause him or her to grow up with some form of trauma, she added. Whether the perpetrator is a man or a woman, she said, "at the end of the day, the hurt to the victim is the same".

The victim, now 18, had told this paper last week that she still suffers nightmares and can hardly sleep. "She took advantage of my family situation, betrayed my trust and destroyed our lives," she said of Zunika.

She said she was saddened that Zunika was acquitted of nearly every charge. "I thought she was a man when she took my virginity, so why can't she be charged like a man?" she asked.

Criminal lawyer Sunil Sudheesan agreed there could be more clarity in Section 376A, but "if there is a benefit of doubt, it should be given to the accused, as was done in this case".

"The solution is to relook this section, and other sections involving person A, B, or C," he said, and make clear the sexes involved.

On concerns that this ruling may lead to harsher punishment for men, veteran lawyer Amolat Singh said this is why it is especially important in criminal law that sections set out the precise boundaries of conduct for offenders. "There are some rules of interpretation when you look at statutes. The basic principle is to give the words their ordinary, literal reading."

If it was Parliament's intention for the section to be gender neutral, he added, it is up to Parliament to make the necessary amendments.

Criminal lawyer Rajan Supramaniam said there is a lacuna, or lexical gap, in addressing such a situation. The accused got off lightly because she is a woman, he said, and the ambiguity in wording is an issue that has to be addressed.

He added: "Judges cannot make or amend the laws. It is for the legislature to review."