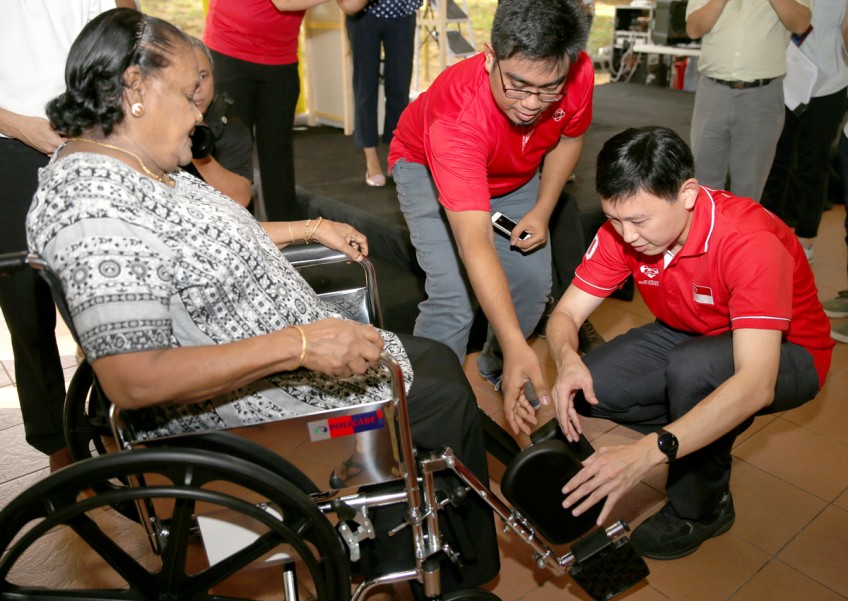 Singaporeans will soon be able to borrow items such as wheelchairs, stools and stepladders from their Residents' Committees (RCs).

Called Resource Centre @ RC,the initiative - which was launched yesterday in Toa Payoh and will be rolled out to 450 RCs across the island by February next year - offers items based on the demographic profiles and needs of residents.

It is modelled on a similar programme in the North East District launched in February last year that was well received by residents.

Although companies have already sponsored items such as first aid boxes and portable sound systems, it is hoped that residents will also share items with their neighbours via this initiative, with some already expressing interest in contributing aids such as walking sticks and crutches.

"What we want is a sharing community because I believe that is the way to build stronger relationships between residents," said Minister of State for Health Chee Hong Tat, who attended the launch.

Residents can borrow items for up to three days, with the option to extend the loan period.

They do not have to pay for the items.

Those who require items on a long-term basis will be referred to other agencies for assistance.

Toa Payoh resident Paruvadi Duraisamy, 84, used to get shortness of breath and have pain in her legs when walking to the clinic. She is now able to borrow a wheelchair from her RC whenever she needs to go for doctors' appointments.

Mr Aaron Yeo, 29, who borrowed a cooler box to store cold drinks for a barbecue he was holding to celebrate his birthday, said: "People may not have friends who can lend them the stuff they need.

"So, I think this is a good initiative."