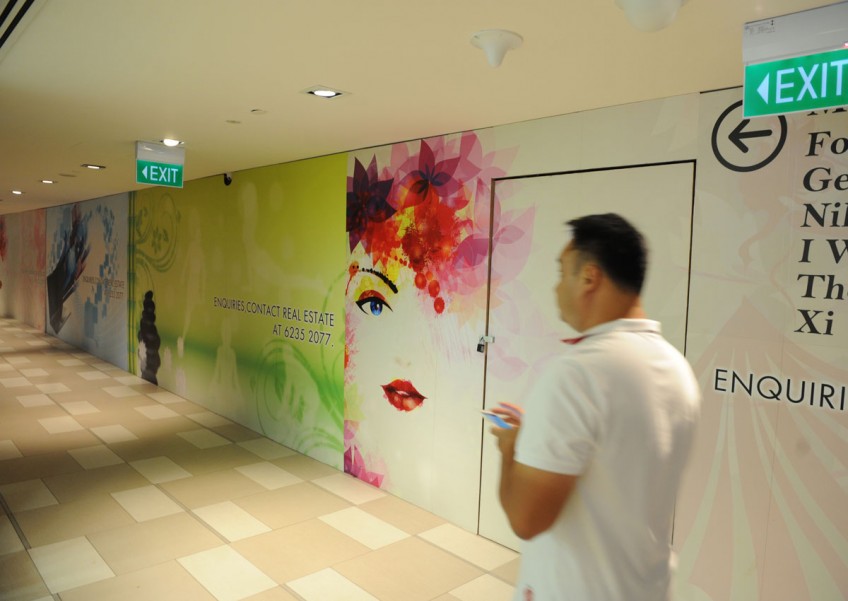 Vacancies at retail malls in the central region hit a five-year high in the first quarter of the year, driven largely by more vacant space in the Orchard sub-market.

The rate went up from 8 per cent to 8.7 per cent, analysis from Colliers showed, the highest since the Urban Redevelopment Authority (URA) started tracking retail space data including food and beverage, fitness and entertainment businesses from the first quarter of 2011.

In the Orchard planning area, the vacancy rates rose 1.2 percentage points to 8.8 per cent in the first quarter, URA figures showed.

These disappointing numbers come as the retail sector continues to battle rising costs, weak sentiment and increased supply of space. The islandwide vacancy rate of retail space rose to 7.3 per cent in the first three months of the year, up slightly from 7.2 per cent in the previous quarter.

Citing URA Realis data, analysts said retail rental volume plunged by 32 per cent to 1,725 transactions in the first quarter from 2,550 deals in the last three months of 2015.

"We are seeing higher vacancies setting in, particularly for the newer shopping malls," said Cushman & Wakefield research director Christine Li. "Besides spaces which have yet to fill up, spaces which tenants have pre-terminated also add to rising vacancy levels."

Century 21 Singapore chief executive Ku Swee Yong told The Straits Times malls with higher vacancies in the Orchard area include Shaw Centre, Orchard Gateway, Orchard Central and Palais Renaissance. "Vacancy rate in general will likely worsen in the coming quarters because some retailers have said they would be shutting their non-performing stores later this year," he noted.

Dubai-based conglomerate Al-Futtaim Group said last month it would shut 10 stores under its distribution and retailing arm RSH in the second half of the year. Its group chief executive for Asia Christophe Cann said yesterday: "At present, we are looking to exit at places where rentals are too high for us to continue to run a business."

Sakae Holdings chairman Douglas Foo made a similar point, citing a good working relationship with the manager of Wheelock Place, where Sakae Sushi has an outlet. "When we talk about rental renewal, they don't give you heart attack rates. Certain landlords will up rates by 30 to 40 per cent, and you have to ask how retailers can do a sustainable business like that."

The slow leasing activity exerted downward pressure on rents, which fell 1.9 per cent in the first quarter, following a 1.3 per cent drop in the previous three months, URA data showed.

Consultancy JLL expects retail rents to contract by about 7 per cent to 8 per cent this year, in anticipation that some landlords may have to offer greater discounts to maintain stable occupancy.

Analysts say other challenges such as the manpower crunch are likely to persist for the rest of the year. Colliers International noted, however, that falling rents in the central area are an opportunity for some brands to open new flagship stores and strengthen their presence.