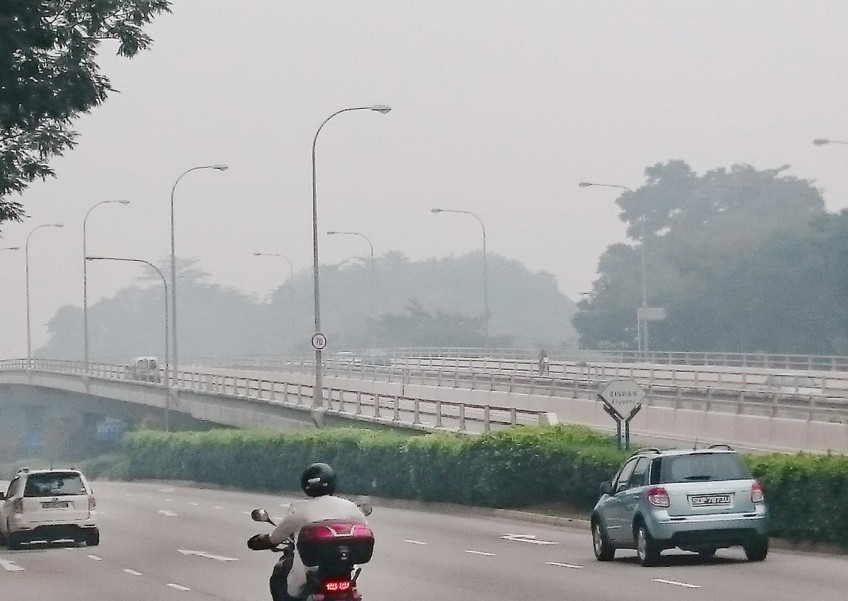 Thick grey smoke blown in by southerly winds smothered the island, shrouding the skyline and creeping into homes, with many residents avoiding going outdoors.

Thursday is a public holiday in Singapore but its sprawling, tree-lined parks which normally teem with people on such days were near deserted.

"The hazy conditions in Singapore have further deteriorated since last night, as denser haze from Sumatra has been blown in by the prevailing southerly winds," the National Environment Agency (NEA) said in an advisory.

It showed the Pollutant Standards Index (PSI), which measures the air quality, as reaching the "very unhealthy" range.

"The current hazy conditions are expected to persist, and there could be a further deterioration in the air quality later in the day," it warned.

Singapore has been cloaked in the haze for about three weeks, the worst such episode since mid-2013 when the air quality reached hazardous levels and prompted then-Indonesian president Susilo Bambang Yudhoyono to apologise to Singapore and Malaysia, which was also affected.

Haze conditions eased last Sunday, when there had been fears it could disrupt the glitzy Formula One Singapore Grand Prix night race held on a street circuit.

The region's worst such episode was in 1997-1998, when haze caused an estimated US$9 billion (S$13 billion) in losses in economic activity across Southeast Asia.

Under pressure by its neighbours to stop the annual haze, Indonesian President Joko Widodo has pledged to crack down on companies and individuals behind the fires, which are a cheap but harmful way of clearing vast tracts of land for plantations.

The haze situation has been made worse this year by an El Nino weather system, which produces tinder-dry conditions in Indonesia and increases the risk of fires.