Singapore avoids recession: What does it mean for PM Lee's election timetable?

Some observers had predicted weak GDP figures - especially if the country slipped into a technical recession - could compel Lee to call a snap vote sooner rather than later given the tendency of Singaporean voters to back his ruling People's Action Party (PAP) during periods of uncertainty.

Elections are not due until April 2021 but there have been recent indications the prime minister intends to call a snap vote within months.

The poll will be the last election before the 67-year-old leader, in power since 2004, hands over the prime ministership to his named successor, Deputy Prime Minister Heng Swee Keat.

Read Also
Electoral boundaries committee formed: What does it mean and when will Singapore's GE be? 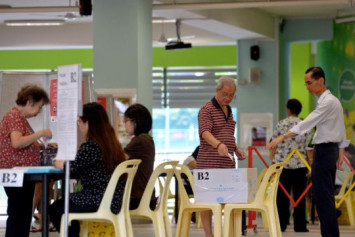 Government data released on Monday showed the trade-reliant economy - often regarded as a regional bellwether - grew by 0.6 per cent from the previous quarter, after adjustments for seasonal swings. The economy contracted by 2.7 per cent in the second quarter, making it one of the worst three-month periods for the Singaporean economy in years.

"Growth during the quarter was primarily supported by the finance and insurance sector, the other service industries and the business services sector," the Ministry of Trade and Industry (MTI) said in a statement.

But in a reminder of the pall cast over Singapore by the US-China trade war, the country's central bank in a separate announcement said it would ease monetary policy following a semi-annual meeting.

It was the Monetary Authority of Singapore's (MAS) first policy easing in more than three years.

The central bank said it had reduced the slope of the policy band for the Singapore dollar, allowing the currency to weaken against a currency basket of its main trading partners. 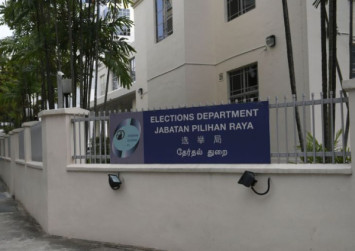 The city state, one of the world's most open economies, uses currency policy rather than interest rates to manage monetary policy.

The looser policy is in line with similar measures taken by Asian countries following the recent interest rate cuts by the US Federal Reserve to boost flagging demand during the tariff battle between the world's two superpowers.

The MTI statement said the manufacturing sector's contraction was due to falling output in the electronics, precision engineering, and transport engineering clusters.

The central bank, meanwhile, said it expected growth to "slow discernibly" in 2019 compared to the previous two years before stabilising next year "barring further shocks". It said "the drag on GDP growth exerted by the manufacturing sector has intensified, reflecting the ongoing downturn in the global electronics cycle as well as the pullback in investment spending, caused in part by the uncertainty in US-China relations".

MAS said it was maintaining the official annual growth forecast - last downgraded in August - in the 0 to 1 per cent range.

The government has said it is ready to intervene if the economy worsens.

"We're not new to difficult economic situations, we're not new to recessions," said Indranee Rajah, Singapore's second minister for finance and education, in an interview with Bloomberg earlier this month. "If we need some safety nets and buffers, then our agencies will have to step in."

Bilveer Singh, a political science professor at the National University of Singapore, said the state of the economy was just one of the factors Prime Minister Lee is likely to take into consideration when he decides on the election timing. 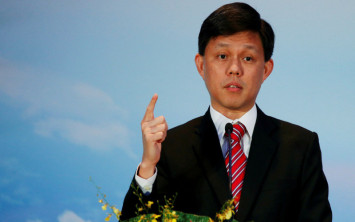 In August, the prime minister convened a special committee tasked to review electoral boundaries in the island nation, a key indicator that polls are around the corner.

The PAP heads into the coming election season firmly in the driving seat - it has held uninterrupted power since 1959.

But the vote is being closely watched because it will feature Heng and others in his next-generation team, dubbed the PAP's "4G" leaders, spearheading the ruling party's campaigning effort.

"Just because Singapore is out of a technical recession doesn't mean anything," Singh told This Week in Asia. The professor said the government's recent announcements on increases in the price of public transport and electricity meant an election is unlikely to take place this year.

"The voters are waiting for some 'goodies' and this will probably come after the budget next year, or the earliest, in January just before the Lunar New Year," Singh said. "The ground must be sweet enough for the voters to vote for the PAP."